The Child Thief: A Novel 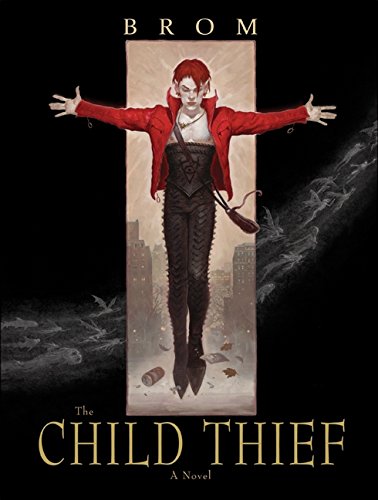 Finally—a thriller that doesn’t change viewpoint, time, and place like a Mexican jumping bean—and has nothing to do with technology.

Luka, a Russian soldier, has survived multiple wars and returned home to his wife and children in Ukraine 1930. But just because there’s no official war in progress doesn’t mean the country is at peace. Instead, the Soviet army is raiding the population to force them into collectivism, causing starvation and strife.

As the soldiers draw near Luka’s remote village, an exhausted stranger staggers in from who knows where, towing dead children behind him on a sled. The children have been partially mutilated, as if by cannibals—a horror rumored to occur where people are starving in the deep country. The villagers panic and take out their fears on the stranger, killing him, and in the mayhem one of their own daughters disappears.

Luka, a career hunter, is the only one skilled enough and cool-headed enough to venture into the winter landscape tracking the girl’s abductor. He soon recognizes that she, like the dead children brought by the stranger, is being used as bait by another hunter to draw out Luka and his ilk like advanced game.

It becomes Luka’s mission to permanently destroy this sick killer as their cat-and-mouse game proceeds through the wilderness.

Though Luka’s actions may often seem incredible, even superhuman, to the average American reader, they are made believable by his backstory and Mr. Smith’s attention to setting details and logistics. These will feel realistic to anyone who has fought in a war and/or hunted, especially in winter conditions.

Luka is lionhearted and reliable—and fallible, but believably and forgivably so. This character has zero resources at his fingertips and must not only stay alive but with everything working against him save other people using just his wits, skills, and knowledge.

The trouble with this novel is that the suffering is so persuasive that you just want it to STOP!—but it keeps cranking up in intensity, forcing you to whip through the pages, desperate to find out who, if anyone, will survive. The nightmare is redeemed by unexpected moments of compassion found in the characters, friend or foe. All is wrought in a spare and clear voice that draws the reader instantly and deeply into the heart of Russia’s heartbreaking past.

Mr. Smith has produced a straightforward, beautifully written thriller about surviving hardships against all odds with honor and humanity while facing both human and natural brutality.