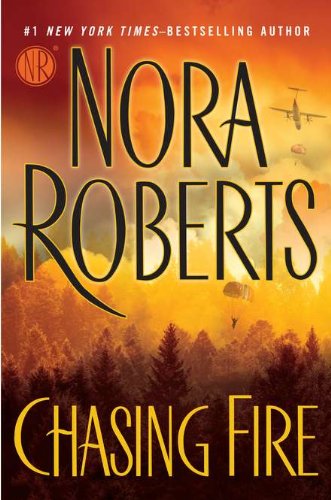 The bad thing about reading a Nora Roberts book is the bereft feeling readers get when they finish.

For days, we are left yearning for more of the world Ms. Roberts so expertly immersed us in, missing the characters that seemed so alive and a part of our lives for those hours we spend with her words.

Ms. Roberts’ writing is exceptional. Her descriptions transport readers to where she wants them to be, without extraneous words. Readers are never tempted to skip passages, or even sentences, of Ms. Roberts’ work, because every word captivates.

After writing more than 190 books, her characters sometimes remind fans of protagonists in earlier books. But her stories are always fresh and singularly outstanding.

In this book, Rowan is independent and skeptical of love, but smart enough not to shove Gull away when he storms into her life. She has her rules, but knows when to break them.

Rowan is a veteran smoke jumper in Missoula, Montana. She and her comrades jump out of planes into forest fires, and fight them until they’re doused – sometimes for days.

The season before this story takes place, Rowan’s partner died during a jump. When the next season begins, the jumpers begin finding dead bodies in a couple of the fires.

The new season also brings Gull into her life, at first as a rookie smoke jumper and eventually as her soul mate. He may be new to the smoke jumper unit, but he’s no rookie when it comes to fighting forest fires—or much of anything else. Gull is more than capable in many ways, including snaring Rowan.

The great thing about Gull is that he understands Rowan’s independence, and her capabilities. He wants to be a partner, not a dictator. He doesn’t try to change who she is, just her rule about not getting involved with coworkers.

Actually, he succeeds in many areas—including convincing Rowan with actions more than words, that they can be a team in more ways that one.

Like with most of Ms. Roberts’ books, the banter and interaction between Gull and Rowan is humorous and pulls the reader into their relationship. Support cast members each have their own personalities that bring them to life. The story is compelling, intriguing—and just plain enjoyable to read.