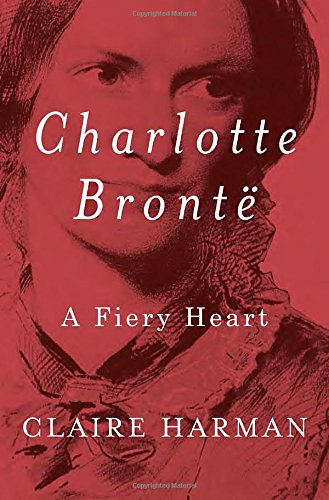 The well-known author and biographer, Claire Harman, has given us what could be the definitive biography on Charlotte Brontë (1816–1855). With access to letters and papers not available to other biographers she has been able to cast a brilliant new light on some well-trodden paths.

Particularly illuminating are her passages on Charlotte’s experience in Brussels 1842–43 where she became infatuated with Constantin Heger, professor in the girls’ school where she and her sister Emily were “mature students” intent on improving their knowledge of French and German language and literature, with a view to later teaching them in a school they tried to establish without success back in Yorkshire. Charlotte stayed on after the first year teaching English in the pensionnat whilst continuing her studies, in return for free board and lodging

M. Heger clearly appreciated her genius but felt “almost fatherly affection” for her though he may have inadvertently given a different impression by his opposition to her leaving in 1843. He expected and urged her to become a schoolteacher like himself. Her letters from Yorkshire after her return, with veiled expression of her feelings for him, found their way—eventually—into the waste-paper basket whence they were rescued and pieced together by his ever-watchful spouse.

Nevertheless, the Brussels experience, though harsh in many ways—Charlotte was scathing about the Belgians in general and they returned the compliment—was critically grist to the novelist’s mill, and her fraught relationship with M. Heger was imaginatively transmuted in The Professor, and Villette, and perhaps most memorably in Jane Eyre, though there the denouement with Mr. Rochester is much more as she would have wished.

What is perhaps the most extraordinary part of this biography however is the detailed description of the Bronte family and life in the forbidding parsonage on the “uncivilized” Yorkshire moors. We learn more about their extraordinary literary efforts as young children, many examples of the minuscule Bronte juvenilia are on display in the Bronte Parsonage Museum in Haworth, as well as in the British Library in London.

We learn more and afresh about their poverty, the erratic behavior of both her Irish Anglican clergyman father Patrick, and her brother Branwell; and the deaths in short succession of their mother (d. 1821) and her older sisters, Maria and Elizabeth as children in (d. 1825),and later of  her fellow novelists, Emily (d. 1848) and Ann (d.1849).

Despite and because of the dramatic circumstances of her life Charlotte Brontë (as Currer Bell) conquered the literary world of London—with her mesmerizing novels—and  got the recognition she so richly deserved, despite never staying in “the big Babylon” for many days being anxious always to speed back to Haworth to her ailing father.

Though mingling with other literary luminaries such as Elizabeth Gaskell, William Makepeace Thackeray, and G. H. Lewes, (the companion of that other great female novelist, George Eliot), she cut a sorry figure on the social scene. This is an insight from the memoirs of Thackeray’s daughter at a dinner hosted by her father: “two gentlemen come in, leading a tiny, delicate, serious, little lady, with fair straight hair and steady eyes. She may be a little over thirty; she is dressed in a little barège dress with a pattern of faint green moss. She enters in mittens, in silence, in seriousness; our hearts are beating with wild excitement. This then is the authoress, the unknown power whose books have set all London talking, reading, speculating; some people even say our father wrote the books—the wonderful books. The moment is so breathless that dinner comes as a relief to the solemnity of the occasion. Everyone waited for the brilliant conversation that never began at all. Miss Brontë retired to the sofa in the study, and murmured a low word now and then to our kind governess.”

What many of us may have forgotten was that Charlotte contracted a short-lived but happy marriage to her father’s curate, Arthur Bell Nicholls, and died eight months later in 1855, not as is usually assumed of consumption, which had laid waste to the family, but of a complication of early pregnancy, hyperemesis gravidarum. Her husband took over the care of her devastated father.

This is an extraordinary biography based on the stuff of fiction that was Charlotte Brontë’s life.

Let us hope that Claire Harman will turn her attention to Emily Brontë soon.