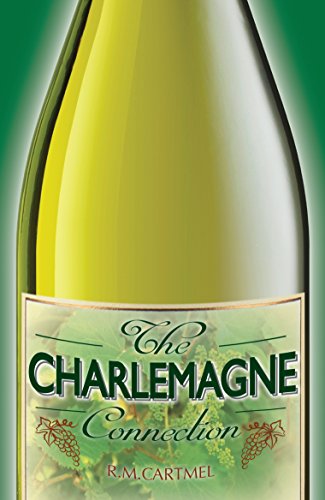 This is the second book in the Commander Charlemagne Truchaud series featuring the worldly detective with la Police Nationale Paris. Like its predecessor, The Richebourg Affair, this adventure is based primarily in the little Burgundy village of Nuits-Saint-Georges, in France.

A young German tourist, Horst Witter, seems to have gone missing from the local campsite he resided at in Nuits-Saint-Georges. The concerned camp owner, Madame Blanchard, reports Witter’s apparent disappearance to the local police and insists they look into it. The police search Witter’s camper (a battered and rusted Volkswagen Kombi) but find nothing untoward or sinister. Instead, they come up with an unoriginal idea that the young man has probably found a job, lover, or just got fed-up with the local area.

They neatly close the ‘missing person’ case, and move Witter’s abandoned camper to the police compound, soon forgetting all about it. That is, until a decomposing body is found in the woods . . .

Meanwhile back in Paris, Commander Charlemagne Truchaud is at his desk, looking out the window of his office, while enjoying a lovely spring day and a bit of daydreaming. The phone rings annoyingly, disturbing his thoughts and the moment. He picks up the receiver:

“Truchaud!” he said into it.
‘Simon Marechale here. Do you have a moment?’ Marechale was master vintner of Charlemagne family’s wine business, down in Nuits-Saint-Georges. He had been taken on to replace Charlemagne brother, who had died a few months previously under circumstances he would rather not think about.
‘Simon, I always have time for news from home,’ he replied cheerily.
‘Not this news, you won’t,’ the winemaker replied dryly.

Marechale quickly informs Charlemagne that his father, Philibert, a sufferer of Alzheimer’s, has been caught urinating in flower gardens in the neighborhood.

Obtaining some owed time-off, Charlemagne returns to Nuits-Saint-Georges, to consult with his widow sister-in-law, Michelle, on what to do with Philibert’s deteriorating health and other family matters.

However, despite being on leave, Charlemagne is approached by the town’s Deputy Mayor with a strange request to fill a vacant spot in the police force:

“‘Tell me, does the name Molleau mean anything to you?’
‘Yes,’ said Truchaud slowly. There was only one Molleau who had ever crossed his path.
‘You shot him,’ she said abruptly. Yes, that was the one he’d been thinking of too.
‘Yes, I did.’
‘He was our Municipal Police Chief.’
‘I was aware of that,’ said Truchaud carefully, but added, ‘I don’t suppose he was being a Municipal Police Chief when he tried to kill me.’”

Like the vineyards of Nuits-Saint-Georges, Cartmel is in fine form as he once again teams up with France’s laconic and witty crime solver. Red herrings and shocks galore, interspersed with villainy, violence and vinification make The Charlemagne Connection a compulsive and highly satisfying intelligent read.