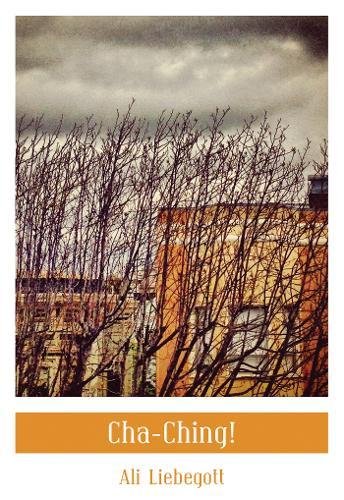 Can a down-on-her-luck queer sista catch a break in ’90s Brooklyn?

Theo has moved to New York with her dog Cary Grant, so named because the pitbull has a scar on his skull right where the actor parted his hair. And that’s pretty much all Theo has going for her.

She needs a change—remember when moving seemed like it could change your world? Leaving one crap job for another, leaving one crap apartment, one crap city, taking on a dog—the world has to change when you open yourself to those possibilities, right?

The only person she knows in New York is Sam, a girl she spent time in jail with. Luckily Sam needs Theo because Theo gives Sam the impetus to move out of her mom’s place.

Ali Liebegott chronicles the ups and downs of Theo’s life, which should resonate with everybody—the time in your life when you felt the need for wild abandon—also, unfortunately, the time when you couldn’t stand up for yourself very well. Theo is old enough to get a tattoo, but not old enough to tell the “artist” the dagger he designed looks more like a penis than she wants. And then he redraws it, claiming it’s different, only it looks more like a penis than before.

The landlord knows this is a crappy apartment with roach traps galore and curling linoleum, but you want to be on your own so badly, you take it.

And you fall in love with a librarian who loses her job, but might have a second career as a stripper.

All this is deeply felt, and one gets a sense lived through by Ali Liebegott, who has toured with Sister Spit, a lesbian-feminist spoken word and performance art collective whose spirit embraces the notion that a girl who works hard deserves a break.