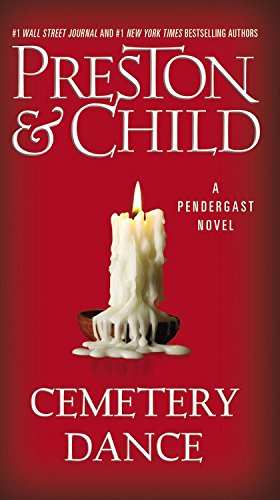 Here is a reviewer’s riddle. When is a big book like a little book? Answer: when it’s so well written you breeze through it in no time at all. Which is what happens with each new Special Agent Pendergast novel from the extraordinary imaginations of Douglas Preston and Lincoln Child. Individually both are extremely popular and talented thriller writers, but when they join forces to chronicle the adventures of the FBI’s most brilliant sleuth, the prose rises to an entirely new level of excellence.

When a famous New York City journalist is brutally murdered in his own apartment, it is enough to stir up both the police and the press. But when the overwhelming evidence gathered points to the perpetrator being a fellow who died two weeks earlier, things suddenly take a turn for the macabre. Enter Special Agent Pendergast and his long time friend and colleague, Lt. Detective Vincent D’Agosta of the NYPD.

Are there zombie killers loose in the city and if so, what are their connections to a secretive cult that meets in an abandoned old church in the woods at the north end of Manhattan? As Pendergast and D’Agosta dig deeper into the history of the area known as the Ville, they uncover allegations of voodoo and ritualistic animal slayings. But what was the dead man’s connection to the cult and the motive for his grisly slaying? Before any of these questions can be answered, the body of the slain journalist vanishes from the city morgue. Several days later it reappears at a Press Club function and in front of hundreds of witnesses, stabs a young woman to death on the stage before escaping through a backdoor exit.

The city is locked in a grip of fear, as the news of the walking dead begins to spread and Pendergast and D’Agosta find themselves in a desperate race to solve this bizarre puzzle before others are targeted by the undead.

Cemetery Dance is the 13th Pendergast thriller and, in the belief of this reviewer, the finest modern pulp series being written today. Typical of the classic pulps, they feature a colorful, nearly superhuman hero pitted time and time again against the most exotic crimes by fiendish masterminds of villainy.

Were Walter Gibson, creator of the Shadow, alive today, these are the kinds of stories he would be writing. Here’s a big tip of the pulp fedora to Preston and Child and their amazing Special Agent Pendergast.

And here’s hoping he’s around for another lucky 13.