The Catholic School: A Novel 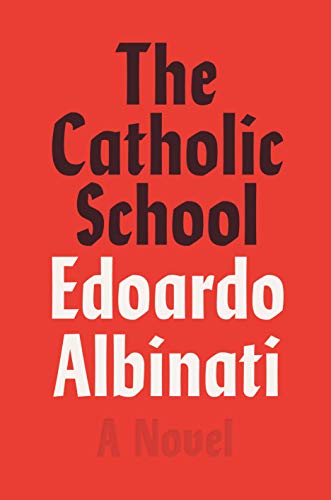 “The advantage Albinati may offer his perplexed or diligent critics may lie in his ability to explain and elaborate why and how his take on the sordid and sensationalized events of his teens transformed into a massive, garrulous analysis of Italian culture.”

In the autumn of 1975, three recent graduates from the prestigious San Leone Magno all-boys school in the Trieste quarter of Rome earned life sentences. They were convicted for the murder of one young woman and the attempted murder of another; both had been tortured and raped at a seaside villa in the resort of Circeo, south of the Italian capital. The house was owned by the father of one of the boys, all of whom were raised in wealthy families in the Parioli district, and all with close ties to influential protectors. These connections had enabled the trio to evade the law for a while after these criminal deeds, the “Circeo Massacre.” A few years ago, a DNA test was sought on the body of one of the perpetrators. He had been buried under a pseudonym in the North African Spanish enclave of Melilla.

Edoardo Albinati, a classmate at San Leone of the three convicts, turns these mysteries and their milieu into a 1300-page work of autobiographical fiction. The lines blur, enabling him to blend his memoir into fiction and political philosophy.

Albinati employs the framework of a novel, but much of this dense narrative reads like an academic treatise. As with Roberto Bolaño's massive 2666 account of the fate of women abducted along the Mexican border, the backdrop for the investigation fills with forays into criticism, literary experiment, and extended reflections on sexuality, power, religion, and violence.

Similar to Bolaño's tome, the events of death themselves stay present in the awareness of the reader, even as detours and digressions take him or her into so many labyrinthine directions that the result may overwhelm or weary many under Albinati's control. As the recipient of the prestigious Strega Prize in 2016, he earned disparate reactions in his native land. Examining the reviews in Italian, one finds a polarized response. Learned mini-dissertations on bourgeois mores and Neo-Fascism captivated some. They bored others. Anthony Shugaar's colloquial translation keeps this conversational, rambling tone.

A dominant image: Albinati poses as the storyteller, 40 years after the fact, as if he peers into his own image, distended at the bottom of a water well. Allusions to Narcissus seem inevitable. Albinati's precision and his political bent turn this evocation of what lies behind the facades of everyday, well-off lives of the rich and at the time not-so-famous into his own coming of age saga, spiced by true crime.

The challenge of separating the real from the imagined for Italian audiences alone surely presented obstacles. For an international clientele, a creation of truth, fantasy, ideology, and information looms. It may entice those patient enough to let Albinati and his characters lecture and harangue them. It will attract a learned and inquisitive reader. Whether he or she will make it to the end turns its own mystery.

Whether these results will keep the attention of Americans remains to be seen. Certainly Bolaño's reception among English-language readers must have taken his publisher by surprise with the 2007 appearance in translation of The Savage Detectives (1999). Its success prepared the way for the less rousing, more Pynchonesque 2666.

For Albinati, the efforts of the same press (Farrar, Straus and Giroux) may signal a welcome willingness to export another sprawling work—even longer than 2668—of dark deeds and dank intrigue to North America. Albinati wants to pack in all he knows. Bolaño was doing the same with his last book before he died. The advantage Albinati may offer his perplexed or diligent critics may lie in his ability to explain and elaborate why and how his take on the sordid and sensationalized events of his teens transformed into a massive, garrulous analysis of Italian culture.