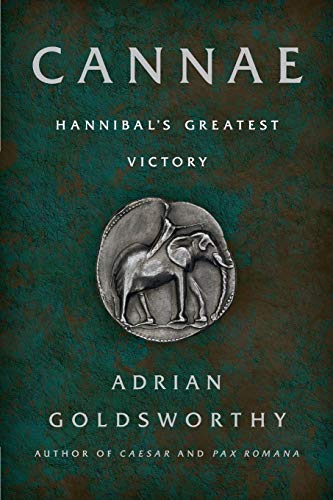 "On 2 August 216 BC the Carthaginian General Hannibal won one of the most complete battlefield victories in history." Although outnumbered almost two to one, Hannibal's army survived what "remains one of the bloodiest single day's fighting in history."

Noted scholar Adrian Goldsworthy discredits many misconceptions about Cannae. "Hannibal won the battle through not only his dynamic leadership and the high quality of his army, but also because of a good deal of luck." "Things could easily have gone the other way and a great a Roman victory resulted." Even "the site of the battle has proved one source of major controversy," as Goldsworthy describes it.

The opposing armies each had serious flaws. Rome depended upon temporary drafts by class that required time for discipline and training. "Punic armies," by contrast, consisted "of "a heterogeneous mixture of races" "of foreign soldiers." Leadership and politics played major roles in both armies.

The terrible slaughter at Cannae came about because "something like 126,000 men and at least 16,000 horses were packed into a few square kilometers." That the entrapped compact Roman formations had no way to withdraw made the battlefield a killing machine.

In most battles, the soldiers do not "actively aim at and seek to kill the enemy in combat, most . . . [using] their weapons wildly some not even . . . at all." Nearly as many men died in that "series of small duels fought between the individuals," as Americans in the eight-year conflict in Vietnam.

The final question remains as to why Hannibal did not then march on Rome and a victorious conclusion to the war. Author Adrian Goldsworthy writes "the most probable reason for not moving instantly was his belief that this was unnecessary." "Any other state," but Rome, Goldsworthy writes, "in the classical would surely gave sought peace after a defeat on the scale of Cannae."

"The events of the period are poorly recorded" and the narrative relies on historians, principle the Greek Polybius and the Roman Livy. "Other sources provide some additional information, but all were written considerably after." Together these materials appeared from "seventy to several hundred years after the events they describe."

The story begins with the First Punic War where Carthage fought Rome over the island of Sicily and "where fleets of hundreds of oared warships clashed in confused, swirling melees." Repeatedly defeated at sea, the Carthaginians gained nothing from the minor raids by Hamilcar Barca (Hannibal's father) in Sicily, contrary to legend.

"In the last years of the war both sides were close to utter exhaustion, their treasuries drained by the costs of maintaining the struggle." Carthage lost almost everything but its independence in the war.

The Barca family invaded and conquered Spain from which Hannibal financed and led a mercenary army to invade Italy, the beginnings the Second Punic War. He "began the task of smashing Rome's armies, capturing her towns and cities, ravaging her fields, and subverting her allies."

Cannae became the greatest of his many victories in a war that Carthage ultimately lost. Overall, the long conflict became legend with its tales of Hannibal's elephants and Rome's Fabian tactics to avoid defeat in battle to win the war. "Yet victory must have seemed close [at Cannae] as the Roman mass punched through the very center of Hannibal's line" in route to its destruction.

Written for a general audience and sometimes unpolished prose, this short work's lively narrative tells a great adventure story that replaces popular misconceptions with the facts and best interpretations as much as now known. Cannae has annotation and a glossary.