Call Me Elizabeth Lark: A Novel 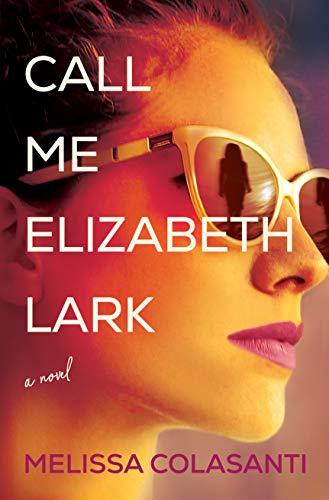 “Brace yourself for a never-saw-it-coming ending.”

Charlotte Barkley disappeared from the beach across from the family inn. Ever since, Myra Barkley has waited at the front desk for her child to come home.

So she is not particularly surprised when her missing daughter walks in the door. She knew it would happen one day. Sure, it's been 20 years since Charlotte went missing, but Myra would know her daughter anywhere.

"Myra glances at the stranger's face as inconspicuously as possible. The hair may be black, but the eyes are the same. . . . The woman looks just like Charlotte. Those eyes."

Elizabeth Lark used to live in a mobile home park in the same town as the Barkley's, but miles away from the Barkley Inn. She's just killed her husband Peter. She didn't mean to. She just wanted to knock him out so she could get away, but he was dead just the same.

Not that he didn't deserve it.

"The cabin reeks of dank mold. . . . situated in a thicket of deep wood, where lime-green lichen weeps from the trees like gnome hats. Tufts of moss unfurl through the walls where the wood had rotted, while the foundation crumbles precariously beneath their feet. It is as tiny as a dollhouse dropped amid the lush, expansive forest, surrounded by frozen creeks and giant boulders."

No one who came looking would ever find it. Almost no one knew they were there. They hadn't left it for years.

"She drops a pill into the amber liquid, watching it billow into a thick, hazy cloud. And another. It is hypnotic. . . . She swirls it with a teaspoon, and it clinks against the glass like the tick of a clock."

Now was their chance to get off the mountain. Elizabeth was already packed. At last, she and her son Theo were going to escape. It took some doing, but Elizabeth secretly planned her getaway with Alice. Alice's help comes with strict instructions.

"She takes Elizabeth's cheeks into her palms, looking at her with intense shiny eyes. ' You get across the border, into Oregon and stop for the night. Go someplace that takes cash. Then call me. I'll arrange a bus ticket in my name to your next destination. Keep your head down. Try to be unmemorable.'"

Elizabeth starts off with a new hair color and a bag full of burner phones. It's been years since she's driven a vehicle.

"She turns the key in the ignition, hits the gas. They slide on the ice, over thick tree roots, into swathes of evergreen trees. The metal truck scrapes against branches and she hits every gear wrong. But she gathers her bearings. They travel down the mountain, past the Hart's, past more pockets of homesteaders with chickens and goats, and away from their captor—her husband . . . She squirts the windshield with fluid and wipes away a layer of dried mud."

When a child goes missing and is never returned, the grief and despair, and the desperate attempt to come to grips with the reality of it is life shattering. It is soul destroying. It changes irrevocably the remaining members of the family. It can even make them believe things that are not true.

Gwen is Myra's other daughter. Her reaction to this startling homecoming is unexpected: ". . . Mom, I really think you should speak to a therapist about this. You understand how weird this is, right? Calling me at two a.m., insisting you've found Charlotte, and she is sleeping in one of the hotel rooms? I get that you're on your meds and all . . ."

Jimi is the brother: "Yeah, well. I was born three weeks after she disappeared. I have heard nothing but Charlotte this and Charlotte that my whole life."

Some in the story aren't who they say they are, and all of them have secrets. So brace yourself for a never-saw-it-coming ending.