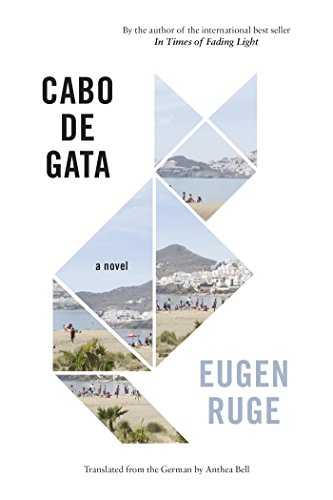 Falling under the category of “man drops out of society and goes off to desert to find himself,” this short novel loses direction midway through.

It is a contemporary quest in the search of meaning for life, with a twist, driven by philosophical musings and lots of existentialist angst.

Cabo De Gata starts off strongly as the first-person narrator slowly picks apart his directionless life in East Berlin, just a few years after the fall of the wall.

He has broken up from a long-term relationship and feels himself adrift from the city in which he lives and the people who inhabit it.

Whimsical in tone, occasionally comic, he describes the process and the bureaucracy he must go through to untangle himself from work, his apartment, and the country in which he lives.

Then with little sense of direction he heads of by train, arriving firstly in Barcelona and then on the southern tip of Spain at Cabo De Gata—a winter ghost town with the Mediterranean on one side and scrubland desert on the other three.

Having established his routine and the supporting characters, Ruge then struggles to drive his story forward, depending more on set pieces and vignettes.

The litter that washes up on the beach, an abandoned suitcase, aimless wanderings into the wasteland can all be read as a contemporary parable of a washed-up man trying to assemble meaning and a personal myth.

But the center fails to fully engage the reader, and it is only in the third section when a stray ginger cat pads into the story that it comes alive again.

The cat takes on the role of guru who helps the first person narrator emerge from his physical and spiritual exile into a new way of engaging with the world.

A novel with a message, occasionally poignant, it limps in the middle section, but redeems itself somewhat toward the end.