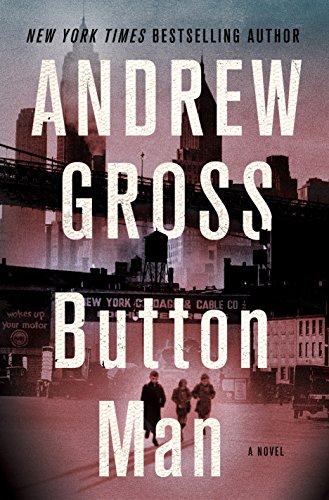 “Andrew Gross is in top form with this beautifully haunting novel that mixes history seamlessly with fiction. . . . an epic journey of struggle, hope, death and life. Riveting to the very last page.”

In the early 1900s, the brothers Rabishevsky—Morris, Sol, and Harry—grew up poor and rough in a tiny apartment on Manhattan’s Lower East Side, until the death of their father thrust them into having to fend for themselves and support their large family.

Morris may be the youngest, but he’s also the toughest and most intelligent of the three brothers, despite dropping  out of school when he was barely 12 years old. He lands a job apprenticing himself to a garment cutter in a clothing factory, Majestic Garment Company. The owner, Menushem Kaufman, offers the young lad some advice:

“So, what’s your name?” Mr Kaufman peered at him. He closed the leather-bound accounting book he’d been paging through, filled with columns of numbers.

“Morris Rabishevsky,” the boy answered, dressed in knickers and a brown hand-me-down sweater.

Morris is finally persuaded to drop the name Rabishevsky and adopt the name Rabb for smoother verbal transactions. Rabb’s ambitions soon become limitless, and pushing a brush about the floors isn’t part of those ambitions. He’s stomached poverty for too long and doesn’t like its bitter taste one bit. He watches how things are done in the factory, but believes he can do them better, faster. And he does, excelling in all that comes his way. However, a tiny paycheck might be okay for most of the workers, but not Morris. He has plans. Big plans. And nothing and no one will stop those plans.

From there on in, he steadily climbs through the ranks at the factory until at 21 and the owner retiring, he takes over the factory, convincing brother Sol the accountant to come work with him. Eventually the entrepreneurs start their very own business, The Rabb Brothers, and with numerous contracts with big chain stores, Rabb Brothers grows and grows.

Harry, however, is a different kettle of fish. He was left scarred by a family tragedy, and fell in with a gang of criminals as a teenager. He refuses to be lured away from the glamour, the power, and the money that has come from his association with Louis Buchalter, whom Morris has battled with since his youth and who has risen to become the most ruthless mobster in New York.

New York Special Prosecutor Thomas E. Dewey seeks Morris’ cooperation in destroying Buchalter and the mob, but for Morris and that could mean his business, along with his dreams, might perish in the process. He remains undecided.

However, as fate would have it, when Buchalter sets his sights on the unions that staff the garment makers’ factories, Rabb decides he can no longer fence-sit. A fatal bloody showdown is inevitable, pitting brother against brother.

Andrew Gross is in top form with this beautifully haunting novel that mixes history seamlessly with fiction. Button Man is an epic journey of struggle, hope, death and life. Riveting to the very last page.