Buried on Avenue B: A Novel 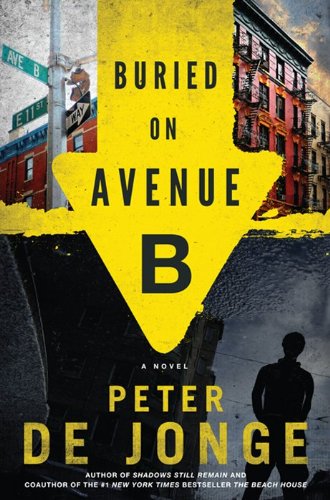 Lots of writers strive for a gritty tale with humor; it’s an overused description, but when it’s apt, it conveys a useful sensibility.

Here we have a detective who is an unmarried teen mother, names her son Axl—yep, after the Guns and Roses singer—and drinks grapefruit juice and vodka at 8:00 A.M.

Darlene O’Hara has just been promoted because she solved a high profile case. New at Manhattan South or Manhattan Soft (due to the low crime rate) she’s bored stiff, although life at home just got more complicated because her son has decided to drop out of school to form a band.

Although, she thinks, as she muses over her drink, What do you expect when you name your kid Axl?

Later that morning, a caregiver shows up saying her patient, confessed to a murder on his deathbed; Darlene decides to look into it. When Gus Henderson doesn’t die, he recants his confession. Gus is not the most reliable of folks as a lifelong junkie with dementia, but he swears he never buried a large black man under a tree in a small park.

But there’s enough evidence to have Darlene hire a backhoe and start digging.

She discovers the skeleton of a young boy, dressed and reverently laid to rest. While no one has reported a missing boy fitting this description, a child killer is bad news anytime.

Peter De Jonge’s journalist training is apparent in this book. The plot unfolds much like a news story as we learn more day by day, and when we’re in the middle of the story, nothing seems to fit. His eye for detail is a treat. Mr. De Jonge also knows how to create great characters who keep Buried on Avenue B humming along. There’s one terrific scene in which Darlene interviews some stoned skateboard punks who knew the victim, and they seem to be the only ones who seem to care about the kid.

The story moves to Sarasota, Florida, where Darlene relies on local cop Connie Wawrinka, another great character. The scene in a supermarket in which Darlene susses out a crime before it happens and lets the bad guys know they have been spotted is a gem.

Darlene is a great mom. She finds enough time to go to her son’s shows, and plasters the neighborhood with posters for the band. Both the NYPD and we readers are lucky to have her.