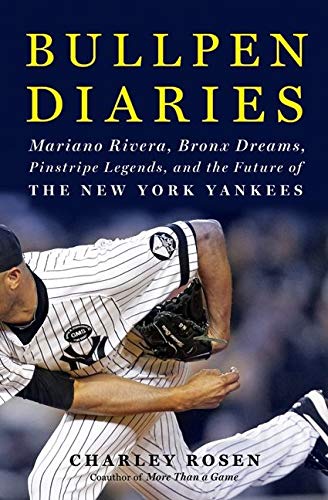 It’s risky to write a book about a season spent with a sports team. When Michael Holley wrote Patriot Reign about the 2003 New England Patriots, he was chronicling a team that in 2002 had a mediocre record of 9–7. But in 2003, the Pats won 15 consecutive games and the Super Bowl. So when Charley Rosen decided to write about the 2010 Yankees, he was writing about a team that the year before had won the division with a record of 103–59, had won the World Series, and had a payroll of over $200 million. Odds were pretty good that the 2010 team would follow suit. But those Yankees went 95–67, made the playoffs as a wild card team, and lost in the ALCS to the Texas Rangers. Not bad, but not World Series winners.

Baseball teams don’t get better by standing pat. Hall of Fame manager Earl Weaver’s oft-quoted philosophy, of how to win—”Pitching, Defense, and the Three Run Homer”—is widely accepted. Pitching is always a concern, but the Yankees have Marino Rivera. The gentlemanly Panamanian is the best reliever in baseball. His 559 saves are the most ever. If Rivera gets the ball, everyone in the Yankees organization lets out a mighty exhale. But to be able to get to Rivera, starting pitchers need to get a lead; the middle relievers need to keep it. And he’s 40 years old.

Before the season starts, the Yankees hope that Joba Chamberlain, a young flamethrower will fulfill his potential—a scout says he could become another Roger Clemens—presumably without the steroid scandal. Chamberlain had a great 2008 season out of the pen, but when switched to starting in 2009, he was disappointing. The decision for the fifth starter in 2010 goes to Phil Hughes. The decision pays off, at the All-Star break, the Yankees have the best record in baseball 56–32, and starting pitching is the reason—hitting is spotty, and the bullpen erratic.

Mr. Rosen has a personal grading system for relievers, aggregating these stats by month at the end of each chapter. It would have been helpful to also include the division standings here, to give one a better view of how the Yankees compare to their rivals. The book records every game, which is great if one loves stats, but for the average reader can get repetitive. The Memory Lane sections have some great stories—pitting the great Bob Feller’s fastball against a motorcycle, and how a Yankees reliever was not available to come into a game due to, ahem, personal attention from a Yankees groupie—and are the soul of the book.
The second half of the season has the Tampa Bay Rays come on, and the Red Sox fall back. The bullpen performs well, now the starters are the issue. In mid-July A. J. Burnett is getting blown out, and has to leave the game with a cut on his hand following an angry encounter with some doors in the clubhouse. The next day Andy Pettitte pulls a groin muscle. The Yankees can’t recover, and Tampa wins the division.
So what does the future hold for the Yankees? You can find Charley Rosen at the stadium. Grab a hot dog and enjoy the ride.