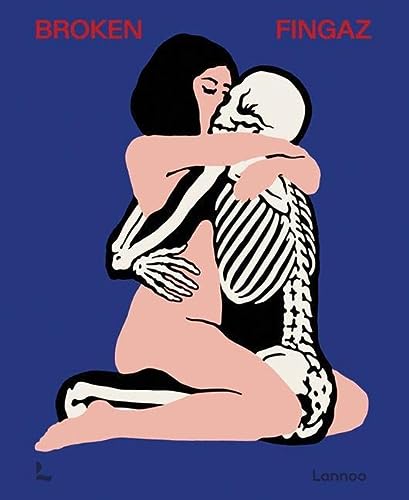 “one will need to explore for oneself the captivating world that created the context for BFC’s existence. BFC as an entity starts to feel like a natural spokes-representative for all the wrongs their fellow humanity has endured from the hypocrisy of society.”

Angst. Rebellion. Vandalism. Socio-political outrage. Check, check, check, and check. But fine art? Good question. Broken Fingaz, the collective, raises questions, ruffles feathers, pushes risky edgy precipices. If those are the requirements of fine art nowadays then Broken Fingaz is a fine art masterpiece; surely the naked woman on the cover is in line with Botticelli’s Venus, Manet’s Olympia, Goya’s Maja, and Klimt’s Danae. If not, then is it scandalous rubbish just trying to make a point as loud as possible? Or could it be something else entirely?

What exactly is the Broken Fingaz Collective (BFC)? Perhaps the reader already knows, which is why they picked up this title in the first place. The BFC is hugely popular if one happens to be from Israel or elsewhere in the Middle East. It is possible that their renown has made it across the pond. In which case one can skip over the next few paragraphs.

Jansen’s introduction starts with the unfolding of the predecessor to BFC, the Tav Group, founded on Mount Carmel in 1989. Tav Group members wanted to make art their life and life their art so they created communal living with families all contributing to the “symbiosis” of art and community. Still active today, Tav practices eco-architectural living in Haifa, Israel. This is the environment where some of the members of the BFC grew up.

The BFC at first was after fun and freedom, just kids with no agenda. The reality of their surroundings was harsh in many ways: hot sun and dry landscape, border disputes, endless violence right in their own back yards. Painting offered “solace and solidarity . . . in the early 2000s, before smartphones and social media.” They painted local art, posters, and advertisements. Flickr, Instagram, and YouTube entered their world, and their community expanded along with their purpose. The outrage of adolescence had exposure and a much wider platform and BFC, touching many nerves, went viral.

Made up of three main artists Deso, Unga, and Tant, the BFC vacillates between the exhilaration of the vandalism and illegality associated with graffiti and the pride and prestige of public art mural painting. In a way, this dichotomy mirrors their homeland, the source of a perpetual deeply seeded state of war on one hand and the heart of spirituality on the other.

BFC rises up in the whirl of this juxtaposition and offers a mysterious intermixing of both riot and peace where their purpose is not either fine art or rubbish, but both. It’s both raucous and sensitive, cutting and comical, borderline pornographic and beautifully sensual, provocative and pacifying. Finding it hard to take the eyes off of it, but also wishing it could all be erased.

Broken Fingaz uses a slightly unorthodox organization structure, which oddly seems to make sense in getting to know the BFC as they have evolved over the last 20 years. Full color images tell the story of Deso’s, Unga’s and Tant’s styles and ideologies. From the early days of local poster painting, to their travels outside the Middle East, to their range of personal projects, the chapters are loaded with high quality images from start to finish. Lannoo, again, does what it does best with art books in content, layout, and design.

With images as the core content here, the reader does not really know who Deso, Unga, and Tant are until after they are exposed to the artwork of the collective. Not until Chapter 3, 100 pages into the book, do the three artists start to reflect on their experiences through written essays about their lifestyle and antics. It starts to make sense why they are known as Broken Fingaz. No spoiler alert here; one will need to explore for oneself the captivating world that created the context for BFC’s existence. BFC as an entity starts to feel like a natural spokes-representative for all the wrongs their fellow humanity has endured from the hypocrisy of society. This can get pretty intense, as reflected in the image selections.

Whether repelled by or attracted to the naked woman being embraced by the skeleton in the cover image, whether we assign it accolades of high art worthy of the annals of art history or want to gesso over its offensiveness asap, it is in the end only a graphic. Behind the graphic is symbolism and meaning established by artists feeling the urge to communicate that the world is still absurdly wonky, wild, and weird. And what could be more wonky, wild, and weird company than a walk through Broken Fingaz.