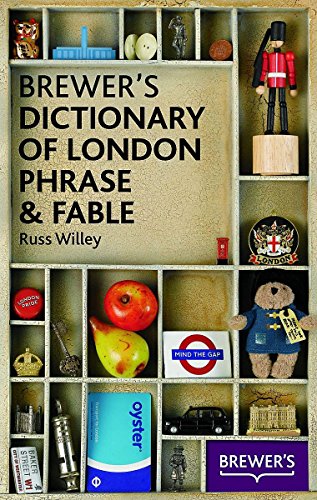 Six thousand entries on language, folklore, history, and myth enliven these 800-odd pages, edited by Seán McMahon from Derry and Kerry-born, Dublin-based Jo O’Donoghue with additional editing by Maeve Binchy. The regional balance attests to the need, in such a compendium, to include pithy, sometimes wry, brief, but informative entries. The scope of this 2004 (published in 2010 in the U.S.) work rivals its parent Brewer’s, the Dictionary of Phrase & Fable’s 1300 pages, which first appeared in 1870. Other works from other presses focus on Hiberno-English derivations, history, culture, or literature, but this version tries to combine these fields into one volume.

The panoramic scope of such a volume even on such a small island demands a narrower focus. So, I spot-checked one letter’s section. I opened it at random to “S,” a promising section for variety.

Scanning its contents, I found the following among hundreds of selections. “Salt Monday” commemorates when this was sprinkled on bachelors and spinsters to get them married during Shrovetide; “Scrap Saturday” was a satirical radio show. “Save Ireland from Sodomy” as an entreaty from the Reverend Ian Paisley was met with in Ulster the inevitable transversion as graffito: “Save Sodomy from Ulster.” “Sapphira” as the penname of a protege of Swift, and “Speranza” as that of Oscar Wilde’s mother appear.

As for another writer’s merit, “Seamus Heaney” enters 1) “Seamus Famous” and 2) as neo-Cockney rhyming slang for “bikini,” while “Segotia” as a Dublin derivative of who knows why to indicate a “dear friend” can be distinguished from “sonsy” as an epithet for all that beauty can bear. The early saint “Senan” is not to be confused with the plastic explosive “Semtex,” taken from a Czech village near its manufacture. War and division, no more than invective, hyperbole, and derision, characterize many names found here. “Slag” as in ridicule appears, and so does “slán” for health, if oddly not “sláinte” as a crucially common version for a toast. “Shin shin” separates from “sin-é” for those untutored in Ireland’s ancient language. By the way, the NYC bar of the latter name in its third incarnation closed three years ago, whereas the entry speaks in current tense of its existence.

The past of an Irish culture confronted by shortcomings that were forgotten in drink appears. “Sky farmer” refers to one too poor to command for his cow but the roadside verge next to the land he has lost. “Seven Drunken Nights” as the English-language version of a traditional Irish ballad gets its lyrical transcription; even though the English version in 1967 for The Dubliners got but five of its seven verses, it was still banned by the Irish radio station. The Irish-language version escaped censorship. The lines about the hairy tin whistle merit your own scrutiny.

Some entries merited more clarification. That on the “Swastika Laundry” which surprised with a “certain cognitive dissonance” the British who visited it in Dublin during WWII doesn’t do justice to the fact that it was founded around 1912 when the crooked cross was but a benign sun symbol—and good-luck charm worn by the laundry’s own black cat mascot. “Servant boy” earns a 16-word definition that young folks went into domestic or agricultural service, but this seems not to deserve even a sentence stating the obvious.

Spot-checking, any reviewer may not be able to match the broad command of lore needed to do this book’s critique justice. Still, I caught a few places where improvements would have helped. I wish a few illustrations could have been included, as in “Sniper at work” as a sign mimicking the triangular road warning notice in south Armagh during the Troubles needs its visual equivalent to do justice to the meaning. Seeing the “Starry Plough” again would assist comprehension of how its shape imitating the constellation as a logo for a working class rebellion. Under “SAG” for the “Saint Anthony Guide” entry that explained how these letters once graced the back of an envelope that a pious sender wished to guard from vanishing in the mail, the attribution to “a Dominican of Padua” errs. This patron of lost items, second to the Order’s founder in terms of popularity among the Friars Minor, was a Franciscan.

However, inevitably these are minor flaws for this vast reference. If consulted as a guide for the casual inquirer needing a one-stop source, or a first-stop as a stimulus to more research, McMahon and O’Donoghue have succeeded in providing a welcome, and affordable, source. It makes a fine armchair companion to lose hours in, too. For pub quizzes (“Quiz:” see the entry as won as a wager, perhaps), this may rival that Guinness volume for those Hibernians who claim to know it all.