The Boy in the Field: A Novel 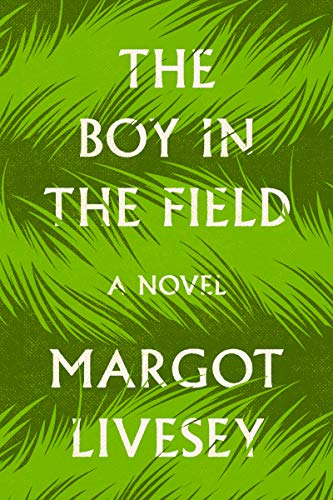 “The Boy in the Field is a literary mystery novel. . . . Just not the kind that focuses on what happens on a patch of land, a highway, or even a country. Instead, it examines the mysteries of our minds and what they will do when called upon to keep our hearts safe.”

The Boy in the Field, Margot Livesey’s latest literary crime un-mystery, takes place among the honey-colored cottages and rolling hills of the Cotswolds. But though there is an idyllic village and gated gardens, a community coop and a milkman to bring fresh milk every morning, the events of this novel are as far from the familiar Cotswolds cozy mystery cliché as it is possible to get, with readers coming out all the better for it on the other end.

Here, everything and everyone feels real. Maybe because those most sensational details of incidents that would normally be the raison d’etre of a book like this one, with a crime at its center, receive the very welcome nuanced treatment from author Livesey, whose novels have, for a couple of decades now, been successful at making the rich subtext of feeling, memory, and difficult life decisions mulled over, the main event of her stories. This, with plenty of suspense and enjoyment that has no need for cheap plot tricks.

In The Boy in the Field, she does it again, against the odds of a society that is always, it seems, pushing us to rush past these shocking moments. Livesey works to slow it all down, to help us experience the reality behind the kind of news event we hear about daily, but forget minutes after we’ve gasped, shaking off the horror of the images as if to unsee them, reaching for our phones.

One afternoon, three siblings set out for home. Their dad did not show up to pick them up and take them home, the reason (a storm of its own) later to emerge. On the way home, they will notice a boy, hurt, unconscious, only his legs bloody. The minutes they spend trying to save his life will touch each one of them—Matthew, Zoe, and Duncan—deeply, impacting the lives of everyone around them in painful and wondrous ways.

“Except for his clothes and his scarlet legs, Matthew thought, the boy could have been an illustration in a Victorian novel: The Weary Harvester. Rest after Toil. The Dreaming Poet. He told Duncan to go back to the road and stop a car. ‘Tell the driver someone’s hurt,’ he said. ‘He needs an ambulance.’

“Duncan had been staring at the boy, committing him detail by detail, color by color, to memory. Now, reluctantly, he acknowledged the inevitability of being the youngest. He ran back along the edge of the field, scrambled over the gate again, and stood by the side of the road. In a well-organized world this would have been the moment for their father to arrive, driving, as usual, a little too fast.

“The first car, black, sleek, ignored his frantic waving. So did the second. The third car, baby blue, the antenna bent at an awkward angle, slowed. Duncan step into the road, ready to explain. The man behind the wheel—he too was wearing a white shirt—was staring at him through the dull windscreen. And then, just as the car seemed about to stop, it accelerated, swerved around him—he glimpsed the number plate and a dent in the rear bumper—and disappeared. It would have stopped for Zoe, he thought. Or even for Matthew. He shouldn’t have let them send him to do this. But he had, and the beautiful boy was depending on him. At the sound of another car approaching, he planted himself in the middle of the road.”

Duncan, Zoe, and Matthew, the protagonists of The Boy in the Field, are also unique in that they are normal, loving teenagers and not the trope of the surly, irrational teen so much of contemporary literature repeats.

Each one will confront every belief that made them feel secure before finding the boy: family, parents (those “adults” grappling with so much even as they raise their children to be adults themselves), community, identity, friendship, values.

Those real-life confrontations will force them to face their own weaknesses and those of people they love. And speaking of love, though there is much of it in this novel, it does live alongside the large and small betrayals the characters must face when they begin to question, well, everything they ever thought was true.

All this reality does not take away from the page-turning suspense. It is just a different kind of suspense. One that feels personal, lived, recognized, and cared about .

In the background, there are still the Cotswolds, every bit as evocative, and making each gripping event even more unsettling by contrast:

“The Salon of Second Chances was held on the penultimate day of the twentieth century, from four to seven p.m. The normally somber town hall, will its sallow walls and fluorescent lights, was transformed by the garlands and evergreens left over from the primary school Christmas play, and by the colored lights that Anthony’s mother had strung around the room. Matthew and Benjamin had each carried over their family Christmas tree, one spruce, one pine, and the two stood, brightly decorated sentinels, and either side of the stage. The long buffet table was lined with candles. At one end was an urn with a battalion of mugs. A saucepan of Hal’s mulled wine simmered on a hot plate next to two trays of mince pies donated by the Co-op. Mr. MacLeod had brought fifty sausage rolls. There were cheeses and dips, Victoria sponges and treacle tarts. In the background a David Bowie CD was playing. The committee had asked for volunteers—all ages welcome—to come as a person or animal you would most like to be. Some people came as famous people, some as their younger selves, Some as characters in books or films. A few people set up little scenes and waited to be visited but most wandered around, greeting friends and strangers. Everyone, disguised or undisguised, paid ten pounds; five for under-eighteens.”

The Boy in the Field is a literary mystery novel. Maybe even a crime mystery novel. Just not the kind that focuses on what happens on a patch of land, a highway, or even a country. Instead, it examines the mysteries of our minds and what they will do when called upon to keep our hearts safe.