The Book of X 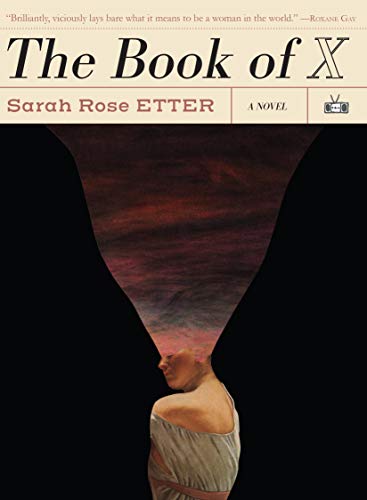 “Etter has created that rare beast: an effective, startling poetic novel. Its story is coherent and progressive; Cassie herself is intensely sympathetic. The book is unconventional but engaging, and eminently readable.”

Sarah Rose Etter’s The Book of X presents a gothic, surreal, almost familiar America. Protagonist Cassie X is the third in a family line of women tied in knots. It’s a vivid metaphor for the discomforts and horror of the female body, but the knots are also literal: “There are 4,500 different types of knots. There are 3,800 basic variations on these knots. There are an infinite number of ways to combine those knots and their variations. In this way, knots are like stars.

“But our knots are simple: Overhand. Our abdomens twist in and out just once, our bodies wrapping back into themselves, creating dark caverns, coiled as snakes.”

This inheritance renders the women’s bodies uncomfortable in youth and agonizing in age. The knots only tighten, and the best medical knowledge serves no better than neglect. And so Cassie is forced to exist in a world that finds her both monstrous and ordinary. Her body is always under scrutiny. Women’s bodies, Etter reminds us, are always under scrutiny, but Cassie’s inevitably fails to meet every standard. Beauty, professionalism, sexiness, and security all lie beyond her reach.

The grotesquerie of the X women’s bodies counterbalances the bloody horrors of the world. Cassie’s father and brother support the family by stripping meat out of the earth: “my father and brother work the meat from the quarry with their hands and their shovels. . . . On Saturdays, my mother and I clean the meat in the big silver sink. On meat cleaning days, watery pink rivers rush off the flesh. The fresh piles of meat rise like bloody castles on the counter.” The family sustains itself selling “clean flesh” to the highest bidder.

Cassie’s life has the vivid immediacy of the best evocations of childhood. Judy Blume’s sexual, introspective heroines are clear ancestors of this girl, whose coming of age is both archetypal and deeply strange. Etter divorces Cassie from the realm of the ordinary, though, and in doing so frees her from the dangerous banalities of young adult literature. The Book of X is ineffably adult. Language pushes against the boundaries of the real, and hallucinatory interludes travel even further, into realms of dark psychosis.

Cassie’s vision of “the throat field” (a literal farmer’s field full of human throats) carries violence and desire past erotica into nightmare: “‘SAY SOMETHING,’ I scream.

“I clench hard, good around the throat. I squeeze until my fingers want to break. The skin caves in beneath, which feels good, a satisfaction. I strangle harder, until I go dizzy from lack of oxygen, until my rage deflates.

“I pant on the ground before him, my weak fingers still around the skin. He stands in the field, still silent, immobile. I stare up at his throat which is long and thick, glinting in the light like a silver coin.”

Etter defies YA tropes, too, by following Cassie into adulthood. While her childhood is subsumed in the American gothic, Cassie’s adult life is recognizably millennial. Her glamorous urban career is little more than secretarial mindlessness punctuated by sexist microaggressions.

Transformation comes, but not easily. No simple makeover can ease Cassie’s struggles, but she goes looking for solutions, and after a fashion finds them.

It’s a compelling journey. The great strength of The Book of X, though, is Etter’s lyrical, fragmentary prose. The book’s surrealness emerges from short, visceral passages that function both as literal scenes and as metaphors. The result could be heavy-handed, but it isn’t. Etter has created that rare beast: an effective, startling poetic novel. Its story is coherent and progressive; Cassie herself is intensely sympathetic. The book is unconventional but engaging, and eminently readable.