The Book of Summers 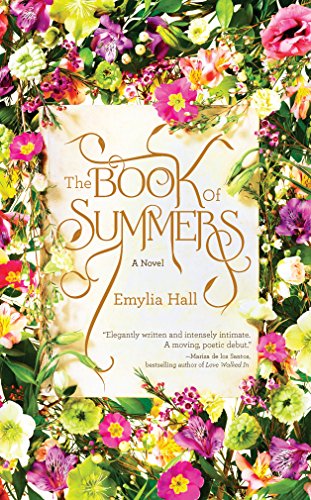 There are many places in the world we yearn to visit and discover: exotic destinations, mysterious places, sun drenched hideaways. One might just imagine that Hungary, in Europe, has not always appeared near the top of such lists—until now, when readers around the world will be seduced by Emylia Hall’s first novel and the enticing world she conjures up around her protagonist, nine-year-old Beth Lowe, and her passage through childhood, adolescence, and adulthood, and simultaneously, between England and Hungary.

The Book of Summers is set around a gift the adult Beth receives soon after her mother has died. Beth’s idyllic childhood came to an end on a family holiday to Hungary when her Hungarian mother, Marika, told them she could not return to England as her heart still lived in her homeland.

Told in flashbacks, The Book of Summers reveals that 30-something Beth is haunted by this moment and as the story unfolds, the reader cannot help but empathize with the little girl and her rather staid, somber father as they struggle to make a new life, in the quiet west of England, from the pieces that remain of the old one.

Each summer, Beth goes to Hungary to stay with her mother for one week, and the gift she receives upon Marika’s death is a kind of scrapbook of those years, spanning her shattered childhood through to the summer of her 16th birthday when once again her world is crushed. As Beth pores over her mother’s reminiscences and the aura they recreate, she begins to come to an understanding of her father, Marika, and herself.

Ms. Hall’s writing is evocative, and without wasting a single word she captures emotion with action, and vice versa, with the relationship between a yearning child and her estranged mother, beautifully described as “I shut my eyes and my mother’s voice sounded at once very close and dreadfully far. But her words seemed to wrap themselves around me, curl under my armpits and tuck behind my ears, with a gentle music.”

Marika’s home in the Hungarian forest is so deftly recreated that the smell of paprika and toasted marshmallows wafts enticingly from every page. The reader soon becomes as immersed as Beth in the cool waters of the Hungarian lake that features so large in her life, and the unexpected twist at the end of the story is harsh and scarcely expected.

The only criticism of The Book of Summers might be that this twist and the animosity it provokes in Beth toward Marika shines a light on the protagonist that makes her appear selfish, leaving the reader to ponder the tragic impact her self-absorbed actions had on the lives of those around her.

Nevertheless The Book of Summers is a story lovingly told by a first time novelist who will be rightly acclaimed as an exciting and original new voice.