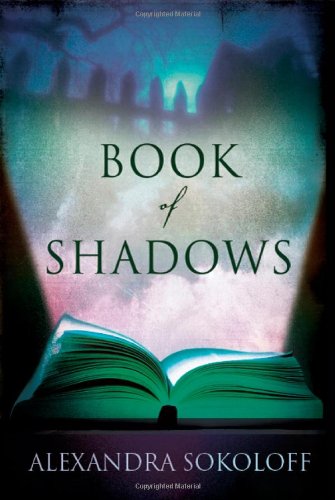 The opening scene of the story is a well-researched and believable police procedural. Boston homicide detectives Adam Garrett and Carl Landauer are investigating a decapitated, handless body of a young woman found at the dump. A mysterious symbol carved into her body suggests to them that the murder may have occult motivations. And what do you know—the dead girl turns out to be a member of one of Boston’s wealthiest families.

If that sounds like too many books you have already read and too many movies you have already seen, Sokoloff has a few surprises ahead. Not until a few chapters later does anything remotely supernatural occur in the book, which gives the author a chance to weave together both a realistic police investigation and some not so realistic horror.

Garrett is a hardass cop who tends to fall into bed with women he works with. Garrett doesn’t believe in the supernatural at all—he’s seen too many acts of horror committed by run-of-the-mill bad guys. Predictably, his partner, Landauer, starts being nudged out of the story as soon as an enticing new female character appears.

Tanith Cabarrus is a self-professed witch who tantalizes Garrett with her Stevie Nicks fashion sense and her self-possessed charm. Against his own better judgment, Garrett starts working with her to find out whether the crazed, Goth kid they charged with the girl’s murder is in fact the killer, or whether this case is all part of a series of murders that are being committed by forces of darkness.

In spite of the best intentions of the book to establish credibility for the way the case is being investigated, the first half of the book plods along with minimal action or drama, and only tantalizes the reader with the promise of more to follow. This is mainly because the story is told in a linear fashion almost entirely from Garrett’s point of view. Like Garrett, we’re forced to wait impatiently for the layers to peel and the plot to unfold.

In spite of the ambiguity in the plot between the realistic and the paranormal, the author clearly wants us to believe in Tanith and the supernatural; but Tanith borders on one-dimensional—she is always virtuous, always noble and long-suffering, and always unfairly accused by others. Even when Garrett finds out some unsavory details about her past, it’s hard not to sympathize with her . . . but it feels a little manipulative, too.

That said, Sokoloff’s focus on these two pivotal characters allowed them to be developed well enough that fans of the novel may hope the author will bring them back again for another installment.