In Bohemia: A Memoir of Love, Loss, and Kindness 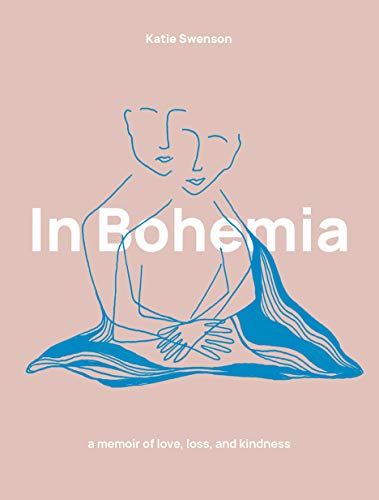 “Everyone can benefit from learning how a resilient woman deals with the universal experience of losing someone and learning how to keep the person’s memory alive while becoming reattached to life.”

Reading In Bohemia is as healing an experience for the reader as writing it must have been for the writer. The writer suffered a tragic loss—of her fiancé at age 56, from a heart attack—and uses the diary format to record her grief and write her way out of it.

The particular tragic aspects of this loss—the short amount of time they had together, the fact that the fiancé died two months before their wedding—are specific to this woman. Loss, however, is universal. In the writer’s grace and courage are lessons for us all.

The first lesson is the importance of kindness. Swenson illuminates how friendship and family lift us up in times of suffering, not by erasing the suffering but by “holding us. . . . It doesn’t change the depth of grief, but it makes grieving possible.” It is a tribute to Swenson and her lost fiancé, Tommy Niles, that they are close to so many friends and family members.

One of the most touching tributes in the book is to a young woman who happened to be there when Swenson’s husband collapsed, as they had all been taking a yoga class. Not only does the young woman help the yoga teacher and the EMTs, she comforts Swenson on the spot and shortly thereafter with an eloquent text message.

A combination of Christian religious belief—both Swenson and her fiancé allude to God as a “bodyguard”—and yoga practices infuse this memoir with insights into the mysteries of life and death. From yoga, Swenson develops an awareness of the body which informs her story throughout, vivifying her memories of love and helping her heal from loss.

Swenson does not understate the depth of her loss: “Some days it cuts too deep. How can reality feel so surreal, how can truth feel so unfair? Why are the facts so impossible to imagine? Some days I can accept that this is true. Tommy is gone and he’s not coming back. Other days my mind cannot accept this. We cannot possibly have lost him.”

The natural protest against a life taken too soon is salved by words of wisdom from many sources. A Buddhist helps her realize that Tommy’s life was “enough,” though shortened. His love was enough to buoy Swenson through her loss of him.

Tommy Niles emerges as a particularly kind and loving man. In a way, his example is encouraging, as he recovered from a period of isolation when he was divorced to find new love. That love continues to uplift his children, his fiancée’s children, and Swenson herself after his death.

Another source of solace comes from an unexpected place: the very house where Swenson lives, known as the Scarab, and its previous inhabitants. One of them, Katharine Lee Bates, was the author of “America the Beautiful” and an accomplished poet: a “corona” of her sonnets is an appendix to the book. The other, Katharine Coman, was an economist at Wellesley College.

The title, In Bohemia, is the name for the upstairs part of the Scarab, lovingly renovated by Swenson and Niles. It also alludes to the love of the two Katharines. While their love would not have been publicly accepted in their time, about a century ago, it flourished in the privacy of their home. It would have been helpful to know more about them and how they made their home a sanctuary.

Swenson, a home designer, makes private spaces beautiful. In this book, she shares her private grief publicly. Everyone can benefit from learning how a resilient woman deals with the universal experience of losing someone and learning how to keep the person’s memory alive while becoming reattached to life.