The Body Lies: A novel 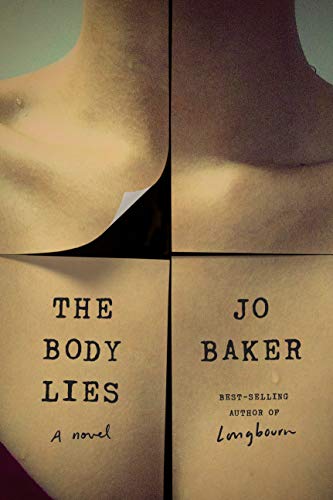 This book is marketed as a riveting novel of psychological suspense. It's none of that. It's a literary novel, half highbrow, half Netflix Original, with odd characters doing odd things and responding to their lives and to others in a decidedly peculiar manner.

Especially the main character to whom the author does not give a name. On the front cover flap, she's simply called "a young writer," which makes her a cipher in the story, a zero, a nonentity.

And considering how she allows herself to be treated by others as the story unfolds, that seems to be exactly how she sees herself. Unworthy. An afterthought. Readers will find it difficult to identify with her.

Not only that, it's one of those annoying novels about writers and their writings, many of which are randomly reproduced within the pages, totally disrupting the flow of the main story arc. Readers will be skipping pages.

The book opens with an assault. The young writer is walking home to her flat from the bookstore where she works. She's pregnant, it's raining, and she's in a hurry. She notices the man, he tosses words at her as she passes, then moves to block her path, and the next thing she knows, he's on her. She's totally taken aback, thinking to herself that she should be "handling it better."

"And then a hand clamped over my mouth. He was telling me what he was going to do to my body, and I thought, There is nothing I can do to stop this. . . ."

". . . I staggered to go around him, but he caught me by the shoulder and swung me back. I saw it coming; I just stood there. His fist slammed into my jaw. My head whipped back. My teeth clashed together. I fell back into the branches, the wire fence sinking beneath me."

When it's over, her reaction is one of naïve astonishment. Not because it happened to her, but because it could happen at all. She thinks: "So this is what the world is like. I had no idea."

She is not a child. She is a grown up married woman about to have a child of her own. Is there any woman over the age of eight who doesn't know that this could happen to her?

Later in the book when she is actually raped, her response after feeble resistance—"Yeah. No. Sorry. Can't happen."—is equally unthinkable: "I gave up before Nicholas did. I let it happen, because it was going to happen anyway, and this way it would happen without me getting hit. . . . While he (did it) I was cold and sore and tired and also kind of bored. I waited it out. . . It really wasn't okay, but I wasn't going to say that."

After she's assaulted in the rain on the opening pages, the story jumps ahead three years. The young writer takes a job in another city at a university teaching creative writing classes where her personal space is constantly invaded, and she withstands quite a bit of inappropriate touching, here from a fellow professor:

"I felt the pressure of his hand. The nerves tingled all the way up my arm and into my neck and all the way down to my fingertips. I wanted to shake it off, get off me, get your hand off me, but what I did was stand there, and wait for him to speak."

When she's out walking with her little boy, she encounters a strange woman:

"She came up weirdly close. I went to step back, but she wrapped her arms around us, held tight. . . . She smelt indoorsy and sour. She rubbed my back. . . ."

After she arrives at the university, the story consists mainly of the writings of her students, excerpts of which, some lengthy, are inserted every few pages. During the classroom critiques, one student, Nicholas, is constantly mean-spirited and unkind in his assessment of the work of other students. She spends a lot of class time settling disputes between them.

Here's an example of Nicholas's writing which she considers extraordinary. Readers will make up their own minds. It's titled Chemistry and begins like this:

"A flame licks at the lump of hash. Alex's tongue slicks out over his lip like there's something living in his face. The game flickers over the three of them; the music turns over and over. This, this is what Nick wanted all along not the jostling and the drinking but the softening at the end of things, when they all just quit lying to each other for a while."

All in all, The Body Lies is a disappointing, slow-moving, uncomfortable read.