The Blue Guitar: A novel 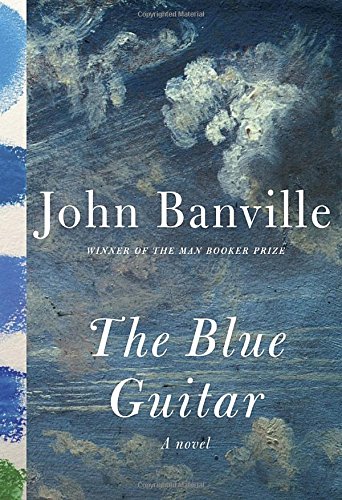 “Why is it life’s surprises are nearly always nasty, and with a nasty comical edge, just for good measure?”

John Banville has reviewed his own book with this one question. It’s not that The Blue Guitar is nasty, though it is a surprise and there are some well-earned giggles. What’s surprising is the turgid beginning in which the first-person ramblings of the principal character, Oliver Orme, extend for some 40 pages in a narcissistic self-examination.

Only then does it begin to catch a breeze, sending the story along slowly. Orme is a painter who no longer paints. His work is well enough known to have been collected in at least one monograph. He is married and has an affair with a friend’s wife, the results of which are ruinous—at least to others involved.

But let’s give Mr. Banville his due. He is, after all, a much-awarded writer, winner of the Man Booker Prize among others. He’s a wizard with words. In creating a character like Orme (or me?), a painter, he creates the observations that a painter may form as in this rather long but fruitful passage:

“Consider me there that night, under that strew of gems on their cloth of purple plush, having been set upon out of nowhere by love and gazing all about me with my mouth open, noting how the starlight laid sharp shadows diagonally down the sides of the houses, how the roof of Marcus’s car gleamed as if under a fine skim of oil, how the fox fur of Polly’s collar bristled in burning tips, how the roadway darkly shone with frosted grit and the outlines of everything glimmered—all that, the known and common world made singular by my just looking at it. Polly smiling, Marcus vexed, Gloria with her fag, the parcels of people coming out of the Clockers in a burst of drunken hilarity, their breath forming globes of ectoplasm on the air—they would all see what I saw, but not as I did, with my eyes, from my particular angle, in my own way that is as feeble and imperceptive as everyone else’s but that is mine, all the same, mine, and hence unique.”

The rhythm of that passage brings to mind James Joyce, where others see similarities to Proust in Mr. Banville’s recollections and musings. Like all good writers, he is an acute observer, even when the observations aren’t about things or people but thoughts and emotions. But with an artist as his subject, he writes of observations as an artist might.

“Now I realized that in seeking to strike through surfaces to get at the core, the essence, I had overlooked the fact that it is in the surface that essence resides: and there I was, back to the start again.”

There are no answers here to the questions of why a painter paints or doesn’t paint nor why some people steal as Orme does in his petty way. There are rambles on love and insincerity, on callousness and caring, and the lack of empathy, but no answers. And there’s barely a mention of a blue guitar.