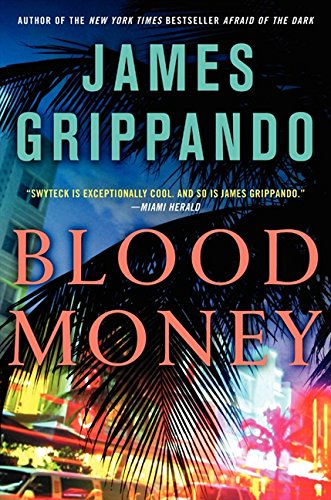 “. . . an enjoyable legal thriller—a hell of a lot better than most.”

Nonetheless, James Grippando is a good craftsman and has written, with a couple caveats, an enjoyable legal thriller—a hell of a lot better than most. Mr. Grippando has written a standalone novel while working in the confines of a series, a difficult skill to master and the mark of a professional when successful.

Defense Attorney Swyteck is persuaded against his better judgment to take a pro bono case. Sydney Bennett is prosecuted for murdering Emma, her two-year-old daughter. Sydney is a money hungry, annoying, party girl slut with apparently no redeeming qualities.

During the protracted trial, reporter Faith Corso builds her career by labeling Sydney “Shot Mom” and turning the trial into an event of national interest that would rival the O. J. Simpson case. Corso turns the nation against Sydney. When Sydney is acquitted, all hell breaks loose

The novel has enough twists and turns to keep you flipping the pages. The cast of characters is solid—a departure from the usual. In a role reversal from the norm, Jack’s girlfriend Andie is an undercover FBI agent and the tough one of the couple. Jack’s Man Friday, Theo Knight, a six-foot-six inch tough guy, is devoted to Jack, because he rescued wrongly accused Theo from death row when he was twenty-two years old.

There is nothing Theo won’t do for Jack.

It’s hard not to like Jack. For a while. He’s a true altruist. It seems his every thought is pure. It causes the reader to wonder if he can walk on water. At a certain point, one wishes he would do something less than perfect. Cheat on his girlfriend. Scratch another car while parking and not leave a note. Shoplift a pack of cigarettes (but of course he doesn’t smoke). Anything.

Why does Theo, basically Jack’s servant, have to be black and huge and have criminal tendencies? FBI Andie sometimes seems tougher than The Terminator. The relationships between this character set, well-developed though they are, get a little hard to stomach at times.

And the bad guys. Not only in Blood Money but throughout the series are typically demons incarnate, murderous psychopaths with no redeeming features whatsoever. A psychiatrist will tell you that even psychos have something positive in the deepest recesses of their souls. Mr. Grippando goes over the top with his antagonists.

Mr. Grippando’s novels tend to have story holes, not gaping holes, but small ones that annoy if one is paying close attention. It was more than pleasing to get three quarters into the novel and find not a single one. And then a gaffe appeared, barely noticeable, but with it came disappointment, and then a few pages later, yet another. What are meant to be story revelations are bits of information that would have come out early in the murder trial.

Thrillers, most authors would agree, are the most difficult genre to work in. By nature, they’re unrelentingly complicated, and the stakes have to be world-hangs-in-the-balance high—or at least feel like it—so these tiny holes are forgivable, but irritating.

A great writer needs a great editor. For a world-class thriller, maybe several pairs of expert eyes. Mr. Grippando has the skill to deliver a pristine thriller. Doubtless, one day he will.

These pinhole size story flaws likely won’t distract you. James Grippando fans may find Blood Money one of his better efforts. Minor complaints aside, it’s a solid, well-crafted thriller by a talented author.

James Thompson is an established author in Finland. His novel Snow Angels, the first in the Inspector Vaara series, was released in the U.S. by Putnam, marking his entrance into the international crime fiction scene. Booklist named it one of the 10 best debut crime novels of 2010, and it was nominated for the Edgar, Anthony, and Strand Critics awards. His second Vaara novel, Lucifer’s Tears earned starred reviews from all quarters and was named one the best novels of the year by Kirkus. The third in the series, Helsinki White, was released to critical acclaim. The fourth, Helsinki Blood, releases in March 2013.