The Blackhouse: A Novel 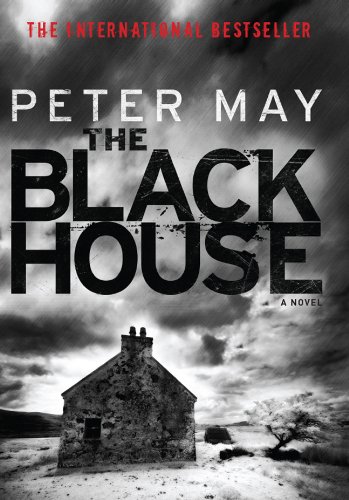 “Peter May serves up a densely plotted story of old secrets, revenge and redemption set against the ancient rhythms of the misty Hebrides.”

If you like your murder mysteries heavy on atmosphere and local color, you need look no further than the Scots-born novelist Peter May and The Blackhouse, the first installment of Mr. May’s trilogy set on the Isle of Lewis, the westernmost and most remote of Scotland’s Outer Hebrides.

“It was a brooding landscape that in a moment of sunlight could be unexpectedly transformed,” May writes early in his story as Detective Inspector Fin McLeod begins his investigations into a particularly gruesome murder on the island. “Fin . . . had never ceased to marvel at how the interminable acres of featureless peat bog could change by the month, the day, or even the minute. The dead straw color of winter, the carpets of tiny white spring flowers, the dazzling purples of summer.”

May serves up a densely plotted story of old secrets, revenge and redemption set against the ancient rhythms of the misty Hebrides, laying his tale against a richly detailed cultural backdrop that includes the real-life annual slaughter of hundreds of sea birds who nest on a rocky outcrop near the Isle of Lewis. It’s a factual and centuries-old occurrence that still makes outraged headlines in the British press, and it’s to May’s credit that he manages to weave it into his story with such skill that it becomes an integral part of the mystery’s solution.

Fin (for Fionnlagh, Fin’s childhood Gaelic name) has been away from the island for 20 years, serving on the detective force in Edinburgh, when he’s dispatched back to his birthplace to investigate the discovery of a mutilated body hanging in a boat shed, so suspiciously similar in detail to one Fin’s been investigating in Edinburgh that his skills might be useful. The call comes at an especially troubling time in Fin’s personal life, marred by the tragic death of his only son and the unraveling of his marriage.

But by sending the emotionally scarred Fin back to his childhood home, May is able to alternate a straightforward police procedural with chapters set years earlier during Fin’s troubled adolescence on the island. While these chapters, told in Fin’s own first-person voice, at first seem a jarring interruption of the main narrative, crucial details that will prove important to the investigation are conveyed as we’re drawn closer to the adult Fin’s inner turmoil while he revisits familiar and unsettling territory.

May is no stranger to the Isle of Lewis, having produced a successful and long-running drama series for British television set and filmed on the island, and helping with a documentary about the controversial seabird hunt. His intimacy with the island informs every page of The Blackhouse, evident not only in his descriptive powers but in his use of traditional Gaelic names and terms (a helpful glossary is provided), the cadences of local speech, and the culinary inventiveness of a population dependent on the sea for survival. (Paradoxically, May has lived for many years in France, where this book was first published to much acclaim before appearing in English in his native Britain.)

It all serves to make May’s story even more compelling, even if he tends to pile on a few too many complicating revelations before we arrive at the mystery’s ultimate solution. And it’s certainly enough to whet the mystery lover’s anticipation for Fin’s return in May’s second installment, The Lewis Man, due later this year.