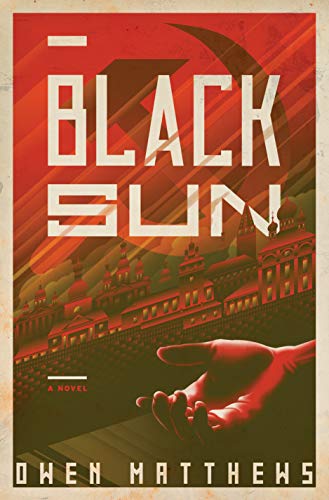 “Matthews is an excellent storyteller, and the plot moves at a brisk pace that keeps us interested throughout.”

The year is 1961. The place is Arzamas-16, a secret city deep in the forests of central Russia that’s functioning as a base for an unspeakable project. A team of elite Soviet scientists are working feverishly on RDS-220, the most dangerous thermonuclear device in history. The day is quickly approaching when they will test it in an explosion that could conceivably destroy the planet.

One of the scientists, Dr. Fyodor Petrov, suddenly dies from a massive overdose of thallium. He somehow ingested about two grams, enough to kill 8,000 people. Major Alexander Vasin, a former Moscow Police homicide detective, is dispatched by the Special Cases section of the KGB to investigate.

A symbol of Khrushchev’s desire to reform the Soviet Union and move it away from Stalin’s repressive cult of personality, Vasin is a different type of KGB officer, more focused on his assignment and less inclined to participate in political intrigue.

However, the local KGB kontora is determined to derail his investigation before it starts, and the scientists leading the project are obviously hiding something. Can Vasin, plagued by his own personal problems, find out who murdered Dr. Petrov and whether his death is connected to the impending test of RDS-220?

Black Sun is the debut thriller of Owen Matthews, a former Moscow bureau chief for Newsweek who is also the author of two nonfiction books about Russia: Stalin’s Children (2008) and Glorious Misadventures (2013).

The author’s decision to move into fiction to tell the story of RDS-220, which is based on historical fact, was well calculated. Matthews is an excellent storyteller, and the plot moves at a brisk pace that keeps us interested throughout.

The setting is appropriately mysterious and claustrophobic. Arzamas is an anomaly in the Soviet Union, a city where store shelves are always fully stocked, and its streets are safe from petty crime. More familiar, though, is the fact that the secrecy surrounding the project is reinforced by the ubiquitous local KGB officers, holdover Stalinists who restrict the flow of information to Major Vasin with an iron grip.

Vasin himself is a well-drawn protagonist. The collapse of his marriage, brought about by his infidelities, hangs over his head and threatens his legitimacy in Arzamas as he attempts to penetrate the secrecy surrounding Petrov’s activities before his death. Unlike his KGB colleagues, Vasin battles self-doubt and constant feelings of guilt, and he’s a character who invokes mixed feelings in us.

While plot, setting, and characterization are all well handled by Matthews, his exploration of themes and his narrative style are what make this novel worth reading.

Vasin believes that “’things should be as they should be, not as they are. That things can be done properly. Will be done properly, one day.’” But as his superior officer in Moscow has reminded him, “‘Justice exists no more than God does. What we humans—even enlightened Soviet men—call justice is just another name for expediency.’”

A novel set in Russia would not be worth its salt without consideration of the great themes of crime and punishment, sincerity and subterfuge, and truth or deception.

Matthews also finds opportunities to surprise us with well crafted passages that convey atmosphere and state of mind. As Vasin parts from a witness for whom he has developed inappropriately strong feelings, he suddenly experiences a sense of disorientation: “The stairs, as Vasin descended them, seemed made of jelly, the street a sea of pearly autumn light.”

And as he broods about how different he was from the others as a police cadet many years ago, Vasin “struggled to wrench his thoughts back to the present. He concentrated on the dust dancing in a beam of morning sunlight that pierced the blinds. Particles rising and falling in space, in eternal random motion. God’s feeble way of entertaining bored physics students.”

Black Sun is the kind of thriller you want to savor as you turn the pages, suspenseful and thought provoking, but before you know it you’ve reached the end, and it’s time to look for more from this author.

Thankfully, Owen Matthews seems to have paved the way in the final chapter for a sequel that will continue to follow the KGB career of Alexander Vasin. An author who has definitely caught our attention, his next thriller will be much anticipated by readers who have discovered and enjoyed his debut.