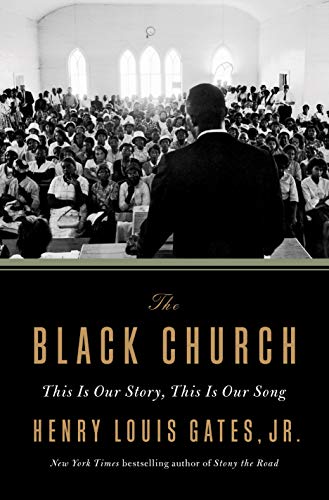 “In Gates’ capable hands The Black Church is a stirring story, told with compassion, respect, and not a little awe.”

Harvard historian Henry Louis Gates, Jr. has written about many aspects of the African American experience. Now, in The Black Church, he tells the complex and fascinating story of Black Christianity, a critical force in shaping Black religious, political, economic, and social life.

The Black Church refers to the group of major historical Black denominations in the Methodist, Baptist, and Pentecostal traditions that have served as a refuge and a “cultural cauldron” that Blacks created “to combat a system designed in every way to crush their spirit.”

“African American survival can be traced directly to the miraculous ways that our ancestors—across a range of denominations and through the widest variety of worship—reinvented the religion that their ‘masters’ thought would keep them subservient,” writes Gates.

In this wonderfully concise and readable companion to a PBS documentary of the same title, the author shows how slaves brought their own African ethnic belief systems—as many as 43 percent of them were practicing Muslims—and “reshaped” Christianity to meet their spiritual and practical needs. In the process, they left an indelible mark on American society.

The massive Black conversion to Christianity began during the Great Awakening of the 1730s and ’40s. Starting out in secret meetings in plantation prayer houses, away from the eyes of white overseers, Black houses of worship eventually became centers of their communities.

“You put on your Sunday go-to-meeting clothes, and you walked in the St. Paul African Methodist Episcopal Church, you not only were somebody, you felt like you were somebody,” recalled civil rights activist Vernon Jordan.

The churches emphasized the importance of education and literacy. Some Black colleges, including Morehouse College and Spelman College, evolved from schools in church basements.

Gates draws on interviews with preachers, scholars, singers, and activists to capture the essence of diverse forms of worship (under such ministers as T. D. Jakes, “Reverent Ike,” Al Sharpton, and William J. Barber II) and to explain the vital importance of music in Black services.

There is a strong association between early gospel music and the Pentecostal tradition, notes the Reverend Dwight Andrews of Emory University. “Pentecostals believed the spirit fills you, and you have to praise, you have to move, you have to dance. Gospel music really encourages you to feel the Holy Spirit.”

Says celebrated gospel singer Shirley Caesar: “In the Pentecostal churches, they like to clap their hands and shake their tambourines. It’s not so much that I want people to shout; I want them to forget that burden they left behind when they came to the concert. I want to give them a spiritual catharsis.”

Over time, blues and jazz artists raised in the church borrowed from Black religious music, producing a distinctly secular sound. Gates explores the ensuing tug-of-war between sacred and secular and how it helped give rise to Black music today.

Much of his book details the church’s seminal role as a “source of courage” in the Black fight for civil rights and in the Black Lives Matter movement. He also considers controversial major issues within the church, such as gender inequality and homophobia.

The Black Church embraces the full range of Black religiosity, from tiny storefront urban churches to the megachurches now rising around the country. In Gates’ capable hands The Black Church is a stirring story, told with compassion, respect, and not a little awe.