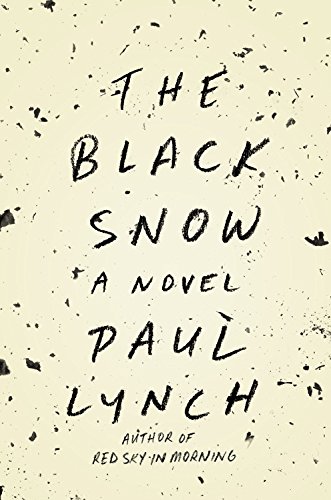 “This is only Mr Lynch’s second novel, but to read it is to relax into the reassuring embrace of a master storyteller.”

This is only Mr Lynch’s second novel, but to read it is to relax into the reassuring embrace of a master storyteller.

Set in Donegal, Ireland in 1945, it begins one evening with farmer Barnabas Kane and his farmhand running into a burning barn where all Kane’s cattle are housed. The opening sentence says so much more than the reader realizes at the first read: “It was the beginning of darkness when Matthew Peoples saw it first.” Neither the farmhand nor the cattle survive. World War II might be drawing to a close, but Barnabas Kane and his family still have a mighty battle ahead of them.

Kane is an emigrant, returned now to Donegal with his wife and son after years of working on New York skyscrapers. All his savings and hopes are invested in the farm that he has foolishly failed to insure. “Everybody heard the sound of the collapsing byre like the last rattling breath from something now spent of its life force. . . . It made a shiver of dark smoke and a glittering of sparks shot terrible amber into the sky that burned itself into black snow”.

All is lost and Kane is swamped with gloom and guilt, despair and anger. It was, after all, he who put a hand to the reluctant farmhand’s back “and pushed him towards the door.” But despite his wife Eskra’s encouragement, the fiercely independent farmer refuses to sell any of his land so he can rebuild the barn. His justification is that there is no point in having a barn for animals if he has no land left for them to graze. But we sense there is more to his stubbornness than pure practicalities.

Eventually Kane turns to the local community for help to rebuild the byre. But he is shunned, regarded now as a local stranger in the country of his birth. Ill feelings abound, and we begin to suspect that not all stem from the loss of the farmhand’s life. An occasional diary-like entry from Kane’s son, Billy, reinforces this suspicion with his terrible secret that he is unable to confess to either parent.

Kane eventually finds a means to rebuild the walls of the byre, but not without provoking the wrath of more than one of the locals. With an increasing sense of impending doom, we watch as his family begins to crumble as the walls are rebuilt.

Few novels capture a reader as quickly and completely as The Black Snow. Lynch has an extraordinary gift of assimilating simple words into the most beautiful sentences that are at once effortlessly fresh and natural. “The old man’s eyes had scorch in them enough to light tinder” sums up the bitter rage of one of “Goat” McLaughlin, while Eskra recalls her dead father when she was “a little girl hugging him bone-tight.”

Perhaps the finest descriptions are of Kane’s world, the rugged beauty not only of Donegal, but also of nature itself. “The days of rain had given some life to the land and he saw the wild grasses reach up eager out of the earth like teeth tearing at the sky for the sun’s fleeting rays. He saw everywhere the ferocity of spring, the upswing against death that held within it an unfurling bass power that brought bud into leaf, bulb into flower, felt within himself a measure of the same ferociousness, could hear against the sky the sound of his soul singing.”

This is a riveting book that is hard to put down and an absolute joy to read even though the subject matter is harsh and undeniably gloomy with no happy ending for Barnabas Kane. Yet there is a poetic, unlaboured beauty in every sentence. Lynch is an exciting new talent to rival masters like William Trevor.