Bitch: On the Female of the Species 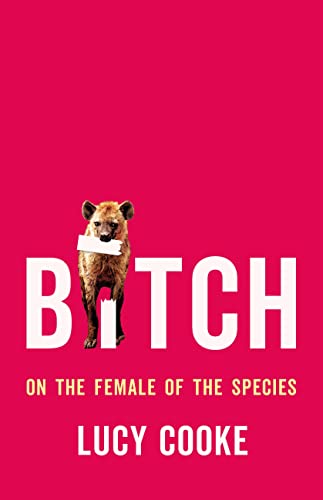 Challenges to Darwin’s view of the sexes are no longer a minority sport, though like all challenges to received opinion they have difficulty being heard in the Establishment they wish to rock. The hardness of hearing is partly due to the usual silos between sciences. Probably few zoologists read what human rights professionals write about gender inequality and discrimination. And not all gender professionals follow the evolving mysteries of zoology. But there are even silos within silos. Lucy Cooke as a female zoologist felt herself inferior. “Studying zoology made me feel like a sad misfit. . . . Being female meant just one thing: I was a loser.”

An important part of this book then is the Cooke’s discovery of “the rabble-rousing matriarchs of modern Darwinism who dared to fight the scientific phallocracy with data and logic.” Her favorite group call themselves “The Broads,” are all in their seventies and eighties, and continue to work hard at “weeding out sexist dogma” first entrenched by Darwin and his followers.

With the help of The Broads and others, even a few feminist male scientists, and an impressive amount of challenging fieldwork, Cooke demonstrates that female animals can be “just as promiscuous, competitive, aggressive, dominant and dynamic as males.” Simultaneously demonstrating that “even the most original and meticulous scientists are not immune to the influence of culture,” and that the physical sciences are not so rational and unbiased as is commonly depicted. While Darwin was not all wrong(!), much of his thinking on sexual selection was “incubated in misogyny.” Cooke also draws attention at several points to the possible impact of the prudish editorial pencil of Darwin’s daughter, Henrietta.

Cooke, and her editors are not prudish and can be very funny, particularly on the fascinating topic of genitalia, recognized as “the fastest evolving of all body parts,” although the traditional lack of interest in the female of the species, has resulted in the vagina being “a gaping hole in genital research.”

Cooke reports a touching moment of tender communication between a female scientist and a female Bonobo. Bonobos feature extensively as the dream species: all deemed to be bisexual, and firm believers in recreational sex, and collaborative leadership.

Cooke herself empathizes with a menopausal orca “surfing a heated ride of middle-aged hormones.”

The stated aim of the book “is to demonstrate that sex is wildly variable and that gendered ideas based on assumptions of binary sex are nonsense. It is my sincerest hope that this intent has been clearly communicated.”

In fact her excellent, detailed and witty revelations of the mating, mothering, menopause, and politics, of the female of the species—many species—tend sometimes, in reversing the usual male vs female rhetoric, also to entrench the binary.

In later chapters issues such as hermaphroditism, and parthogenesis or asexual reproduction are all discussed, although it seems doubtful that “the true story of nature” as rather perfunctorily covered in these later chapters “will be profoundly empowering for peoples of minority gender expressions and sexualities” (Evolutions Rainbow, Joan Roughgarden (2004))

In her Author’s Note on Language, Cooke explains her use of “anthropomorphic terms such as femme fatale, queen, lesbian, sister, lady and bitch [tellingly all female] for storytelling purposes, and readers needn’t choose to replicate those labels in their academic work.”

In fact it’s hard to see how in revising the feedback loop between zoology and the social sciences, anthropomorphism can be avoided. Inasmuch as we don’t have value and culture-free science, we also lack a neutral language to describe our social and sexual habits. Until such time we will have to make do with the lesbianism of the Laysan albatross. But it is also profoundly to be hoped that Cooke’s erudite and witty words will make an impact beyond any academic silo.