Birth of a Nation: Nat Turner and the Making of a Movement 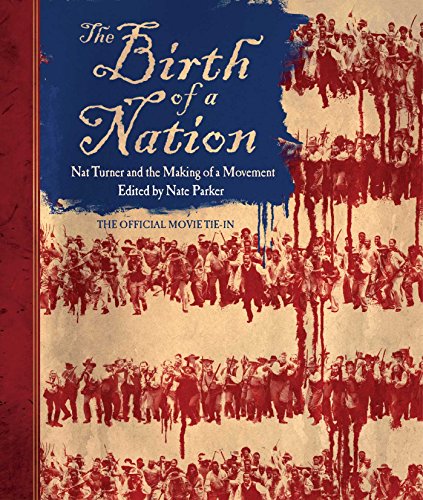 The media has a hard time, even in documentaries, of presenting factually accurate history and especially so with movies. The importance of being profitable entertainment, drama, or comic satire becomes so great that with considerable literary license fiction is presented as real events; see for example, In the Heart of the Sea, an engaging epic movie based in a solid history of the same name by Nathaniel Philbrick.

Scholarly history, by contrast, is sometimes self-defeating by missing meaning and relevance. Even when the facts would have enthralled the audience, changes are still made. A critic of the popular old movie The Life and Times of Judge Roy Bean, for example, famously made that point in asking why anyone felt the need to sensationalize such a character?

The movie Birth of a Nation will be in theaters in October to educate audiences as entertainment with the story of the Nat Turner slave rebellion of Southampton County, Virginia, in August 1831. Between 55 and 65 whites died in that bloodiest revolt against slavery in American history.

This event was inspired by a long history of American slave rebellions and the spiritual leadership of Nat Turner, a literate slave leader with visions. The uprising lasted only two days, but 56 African Americans were eventually executed, including Turner, and some 100 to 200 slaves were lynched, most of whom had nothing to do with Turner's plot.

Virginia was well on its way to becoming the most racially liberal slave state, with generous definitions of "free" and "white." It would have the highest percentage of non-slave African Americans. Thomas Jefferson, his son-in-law, and his grandson, each in turn, would fight unsuccessfully to end slavery in the Old Dominion.

Some Virginia politicians used the Turner rebellion to call for gradually ending slavery, but the legislature instead imposed harsh new restrictions on the black population. Other states followed suit as the whole nation was appalled by the violence.

Aside from many of the usual educational features, the movie has a glossy paperback book on the history upon which the film is based. Nate Parker therein describes the process of writing a script to imagine characters and situations that stand for something more than what survives in the very prejudiced historical record.

Birth of a Nation (the book) is not a documented scholarly history of the subject, but a long movie promotion, complete with cast and crew interviews, pages from the script, and lots of photographs. It is, as it should be befitting an epic motion picture, a sea of adjectives and descriptive for anything but the subtle expressions of ideas.

Ironically, aside from the notoriety of the violence, the Turner rebellion is best remembered for another book that haunted white Americans then and has since. The Confessions of Nat Turner, compiled by white lawyer Thomas Ruffin Gray, is also a commentary around the facts of Turner's life. It is the basis of William Styron's Pulitzer Prize winning 1967 novel of the same name.

The title of the motion picture and book is also a response to D. W. Griffith's 1915 pioneer epic silent movie Birth of a Nation that presented a pro-slavery racist interpretation of the Civil War and Reconstruction. In the first era of the "lost cause" mentality, it argues that the enslavement of human brings is wrong but that it was the best solution at the time for African people already here and in bondage, an idea taught subtlety to the author/film maker Nate Parker in his public education and which is still considered acceptable to some Americans.

Neither that idea, Turner’s rebellion, nor either motion picture represents any birth of an ideology, a nation, or a people. They did and do call, as the author points out, for a new age of "storytellers, truth speakers, and justice speakers." Ironically, both movies achieved that same end in their respective times but to very different audiences.

Seeing such presentations does impact the popular American mind, but for African Americans, "they can also be incredibly painful to watch" although they "can empower us to understand, analyze, and heal from our current condition." Movies, like the one represented by this book, achieve that for a great many people where our education system and the media otherwise fail.

Parker makes those points bluntly in the book. Inspired by the movie Braveheart, he justifies a movie "both incendiary and proactive" by exploring the horrors of slavery. Accumulated wrongs may never equal justice, but victims can be driven to violence as their only means of resistance.

The author makes other comparisons to modern issues such as Patrick Henry's demands that free men have the right to guns, not only to protect themselves from violence by black and red peoples but to institute resistance when justified. Nate Parker makes Turner his black Patrick Henry.

This rebellion, however, made slavery a security issue to some people who demanded an end to slavery but also, to other whites, an excuse to enslave all black people. The same paradox exists in the modern public reaction to acts of Muslim terrorism today, in that too often the response demanded by an angry public hides the real issues and exasperates the problem.

Birth of a Nation, this book, is presumably like the movie(s), big screen hyperbole, not unbiased documented scholarship. It does, as very readable entertainment and in dramatic ways, remind the reader (as does the color of President Obama's skin and the newly opened Museum of African American History) that our nation's past with slavery and race is now our modern problem with race, no matter how much we might want to believe otherwise.

Will Rogers famously warned that we never learn from history but instead repeat our mistakes. Maybe this book/movie that portrays Nat Turner as the hero of an oppressed people will be different because of our extraordinary times.

The book gives ever indication that the movie will be an amazing production and well worth the price of the popcorn. The movie has already earned awards at the Sundance film festival.