Beyond the Sea: A Novel 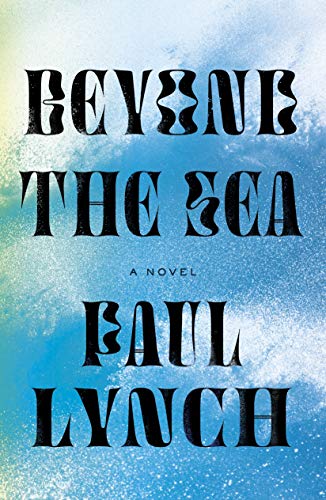 Some of the most important fiction in the opening decades of the 21st century has come from Ireland, and Paul Lynch is one of the leading lights of this postmodern Irish Renaissance. His three previous novels—Red Sky in Morning, The Black Snow, and Grace—came with well-deserved critical acclaim. The Black Snow won France’s Prix Libr’a Nous Award for Best Foreign Novel and Grace the Kerry Group Irish Novel of the Year Award.

The settings of Lynch’s first three novels were grounded mainly in Western Ireland, near his boyhood home in Donegal, and in the rhythms and cadences of Irish idiom and history. Lynch’s first three books dealt with themes of The Great Hunger and the Irish Diaspora, and other dark currents in Irish culture. Grace, for instance, focused on the mid-19th century tragedy of An Gorta Mor through the heartrending and uplifting story of 14-year-old Grace Coyle. The novel has a picaresque and epic quality to it, a Ulysses with an Irish accent and a young female protagonist.

In Beyond the Sea, Lynch takes his art to a new place. There are no Irish accents, no potato famine, no heartless landlords. His new novel concerns two fishermen from an un-named Central American country setting sail right before an oncoming storm.

Beyond the Sea does not reach for the epic character of Red Sky in Morning or Grace but rather inclines toward the allegorical quality of Hemingway’s The Old Man and the Sea. Lynch’s narrative is loosely based on the true story of the Salvadoran fisherman Jose Alvarenga, adrift for 14 months after his boat got caught in a storm in 2012. Alvarenga survived but his 23-year-old crewmate Ezequiel lost hope and starved to death.

Lynch follows the basic plot outlines of Alvarenga’s incredible story in a way reminiscent of what Stephen Crane did in fictionalizing the actual events of his own shipwreck in “The Open Boat.” And, as with Crane, Lynch manages to transform a news story into a universal tale of friendship and endurance and love.

Beyond the Sea begins with the middle-aged Bolivar, an experienced fisherman in need of ready cash, making the foolhardy decision to go out with an inexperienced teenager, Hector, as a major storm approaches. As one might expect, the storm arrives and everything quickly goes wrong for the two men. The engine ceases to work, the radio goes dead, and the two are left alone with the sea—and what is beyond.

In the ensuing days and weeks and months, the story becomes one of survival but also of conflicting philosophies. Hector is rooted in superstition and faith, and his perspective is shaped by his acceptance of fate. Bolivar is a pragmatist and a man of action and an advocate of free will.

At the outset of the story, the tension between the two men is palpable, Hector blaming Bolivar for their plight and Bolivar criticizing the boy for his lack of will. As their struggle intensifies, they grow toward understanding and compassion. A friendship blossoms into a brotherhood and love. They share their secrets as they search for a way to make sense of their pasts and confront their mistakes.

The reader comes to see in these men the conflict between dreams and action, between an acceptance of destiny and a struggle against it. Bolivar and Hector emerge as two halves of all men in their fears and desires, in their response to tragedy, and in their different approaches to what William Stafford called our traveling through the dark.

Beyond the Sea is elemental. It is a story sliced to the bone. It compels the reader to look unblinkingly at matters of life and death, at the heart of what it means to be fully human. Lynch puts the reader on that small boat in the blank Pacific, implying that in a profound sense we are all there and must face the same questions that Bolivar and Hector are forced to face.  Midway through the novel, Bolivar wonders, “Perhaps they were not lost at all but lived on like this, adrift into old age, drifting farther out to sea yet keeping themselves alive, a simple life lived on rainwater and fish.”