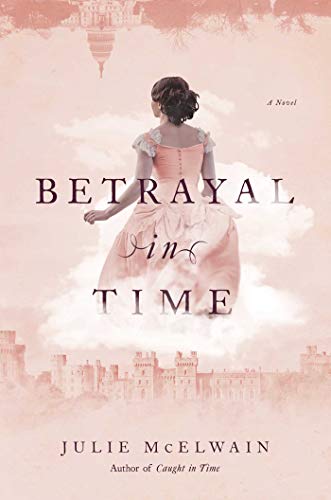 February 1816: A race through the icy, twisting, cobblestone streets of London ends inside an abandoned church—and a horrific discovery. Bow Street Runner Sam Kelly is called to investigate the grisly murder of Sir Giles Holbrooke, who was left naked and garroted with his tongue cut out. Yet as perplexing as that crime is, it becomes even stranger when symbols that resemble crosses mysteriously begin to appear across the dead man’s flesh during autopsy. Is it a message from the killer?

Sam turns to the one person in the kingdom who he believes can answer that question and solve the bizarre murder—the Duke of Aldridge’s odd but brilliant ward, Kendra Donovan. And she will need all her investigative prowess, because Sir Giles was not an average citizen. He was one of England’s most clever spymasters, whose life had been filled with intrigue and subterfuge.

Kendra’s return to the gritty streets and glittering ballrooms of London takes her down increasingly dangerous paths. When more bodies are discovered, murdered in the same apparently ritualistic manner as Sir Giles, the American begins to realize that they are dealing with a killer with an agenda, whose mind has been twisted by rage and bitterness so that the price of a perceived betrayal is death.

Betrayal in Time is Julie McElwain’s fourth installment in the successful Kendra Donovan mystery series. The author is a freelance writer for numerous publications and is currently the West Coast Editor for Soaps in Depth. Her writing credits include A Murder in Time (2016), A Twist in Time (2017), and Caught in Time (2018).

With Betrayal in Time, McElwain has created yet again another captivating adventure in which time traveling crime sleuth extraordinaire Kendra Donovan continues her exploits through pre-Victorian England. With this edition, McElwain continues to sharpen her writing style with a plot that is smooth and steady. The character development especially supporting characters has improved significantly from earlier novels.

“Sam grunted . . . He was going on twenty years as a Bow Street Runner, and the profession had given him a decidedly jaundiced view of humanity. Cutting out someone’s tongue was odd, but not the strangest thing he’d witnessed. He shifted his attention back to the corpse, studying the naked body. He wondered . . . if the fiend who’d killed him had wanted the victim to be found . . .”

In the first three installments we find our heroine Kendra Donovan solving a series of disturbing murders while dealing with the shock of time traveling. The fourth rendition is unchanged and follows the same pattern, but the difference this time is Donovan is finally introduced to London’s high society, and as an added bonus she also gets a love intertest.

“Kendra slowly released her breath she hadn’t realized she’d been holding. She wasn’t delusional, but there were moments when her imagination transported her back into the past—her past . . . She’d been living in the early 19th century for six months now . . . If she could go back—forward?—in time, would she do anything different? The question haunted her.”

Overall, Betrayal in Time stays the course with the “fish out of water” scenario, but Donovan is getting better at handling the awkward situations. Refreshingly, our heroine continues to ignore societal norms, which makes this series so fresh and pleasurable. Although the mystery aspect is a little light on thrills and chills and is somewhat predictable, there are enough surprises to keep the reader engaged until the very end. Overall, if historical mysteries are your cup of tea then Betrayal in Time is worth a look.