The Bell in the Lake: A Novel 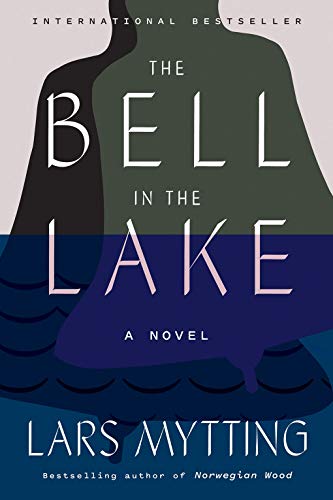 “The world that Mytting brings the reader into is a lost world of simplicity and harshness and a stunning beauty where almost everything is within plain sight, and yet almost nothing can be seen but the obvious.”

The sweeping story of a village and its church bells begins with the birth of a pair of conjoined twins named Halfrid and Gunhild Hekne, who lived and died working a loom and were buried under the church floor in an isolated town called Butangen nestled in a valley between Favand and Tretten in Gudbrandsdalen, Norway. And whose father, Erik Hekne, had two church bells cast in their memory, which later became known as The Sister Bells. Two very special bells, indeed. Loud, vibrant, penetrating. Bells that warned the village of danger, bells that rang for the living, dying and dead, for all sorts of Christian ceremonies, baptisms, marriages, confirmations. Mystery and superstition surround the bells, and in a strange way, still hold the towns fabric together well beyond the 1700s.

Translated from the Norwegian by Deborah Dawkin, The Bell in the Lake by Lars Mytting, an international bestseller, is rich with historical, cultural and local detail. The location of Butangen is so remote that it preserves the town from modern life. Every winter, when Lake Losnes freezes over, travel has a short cut as long as the lake remains hard enough to support the weight of the sledge and its work horses. Life is simple and unforgiving, its people hard working and long-suffering, especially in winter. The story leaps forward to 1880 when a new pastor comes to the town.

Kai Schweigaard is young, unmarried, and in many ways, clueless to the superstition and culture of the town. Astrid Hekne, a descendent of the conjoined sisters, becomes a house servant. She’s smart, attractive, outspoken. As a woman she knows she’s predestined to be stuck in this remote town milking sheep and birthing cows, but she has already declined two offers of marriage and as the story opens, weighs her prospects with the pastor. He’s noticed her, too.

While the congregation is still weighing in on their new pastor, on a Sunday morning at minus 40 degrees, a woman freezes to death against the church wall in one of the pews after one of Kai’s long-winded sermons. And the ground is too hard to dig her grave until spring. Nor for that matter, anyone else’s grave. As the town fills with bodies waiting to be buried, Kai’s job is filled with deaths, baptisms, and collecting the skins of various animals from the poor. Even he can see that their old stave church from the 1700s is too small and too drafty and, before anyone else freezes to death in there, he determines to build a more modern church to service the funerals and ceremonies of the townsfolk.

But the pastor has made plans for the sale of the church for reconstruction in Dresden and its Sister Bells; and Astrid’s heart turns toward an architect named Gerhard Schonauer who arrives from Dresden, sketching their stave church, with tender, precise drawings.

The story could not have been written without the superstitious beliefs of the townfolk or the atmospheric beauty of a rural Norwegian winter, or simply, the predictable nature of human beings—and the surprises that arise from their needs and their uniqueness. The world that Mytting brings the reader into is a lost world of simplicity and harshness and a stunning beauty where almost everything is within plain sight, and yet almost nothing can be seen but the obvious. There is a great deal of loving description of the stave church as the architect lovingly sketches its every angle, but even this becomes part of the suspense—what is going to happen to this church? To the Sister Bells? To Astrid when she becomes pregnant?

An intricate story well-told by a masterful writer, The Bell in the Lake ultimately fits itself into a legend.