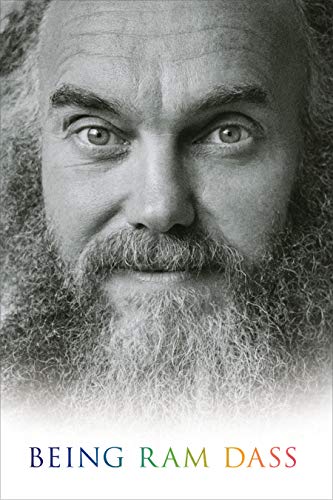 Ram Dass (1931–2019), formerly Richard Alpert, is best known as the Harvard psychologist and researcher (his partner was Timothy Leary) who was fired by the university for his controversial experiments with LSD and other drugs. He kept studying psychedelics on his own until 1967, when he encountered the Indian guru who named him Ram Dass (“servant of God”) and taught him that meditation could be more effective than LSD for spiritual seekers. That moment began Ram Dass’s decades’ long work as an exponent of Eastern philosophy to several generations of Americans.

Ram Dass wrote many books, including the bestselling Be Here Now (1978). Now comes this memoir, a deeply personal and absorbing exploration of his transformation from privileged New Englander to inspiring guide for millions seeking inner truths.

His father—president of the New Haven Railroad and board chair of Brandeis University—stood for everything his youngest son opposed: success, wealth, and power. With affection, he called his son “Rum Dum,” even as he gave him permission to build an ashram at the family’s New Hampshire farm.

By then, Ram Dass had received instructions from his guru, a little old Indian man in a blanket named Neem Karoli Baba, also known as Maharaj-ji, who told devotees “to love everyone, serve everyone, and remember God.”

By Ram Dass’s own account, he realized these goals, though it was never easy.

As a teenager, he was overshadowed by two older brothers, one athletic and good-looking, the other with Dad’s knack for business. Young Richard was a “fat, klutzy Jew” in junior high school, overweight “with my eating for love at home,” and deeply self-conscious. Drawn to boys and confused about it, he became an overachiever, finding solace from bullies by studying.

At Tufts University, he pursued psychology as a “way of understanding my inner life,” and began picking up men in parks at night. He would remain bisexual for life.

After earning a PhD at Stanford, he joined Harvard and experienced his first trip there with Allen Ginsberg, discovering “a calm center in myself.” His growing success as an LSD guide for “artists and flamboyant musicians” worried faculty colleagues, who also lost graduate students to the psychedelic researchers.

“Love and peace and personal growth are not the stuff of conventional scientific inquiry,” he writes.

Fired by Harvard, he set up a commune in a manor house in Millbrook, NY, owned by an heir to the Mellon family fortune; became a drug distributor, but soon grew tired of the “nutty and neurotic people” on the psychedelic scene. All of this occurred against the rise of the youth counterculture whose “provocateur” was none other than Timothy Leary, “the adman for the hippie drug menace,” who, in Ram Dass’s view, liked “the public show and personal gain” afforded by LSD antics.

For all their differences, the two remained lifelong friends.

The author recounts his journey to the East, and his realization through the teaching of Maharaj-ji that he could abandon psychedelics. “My path has been a pilgrimage of the heart, a journey from the mind to the heart,” he writes. “Western psychology had cut me off from my home in the heart.” No longer a Harvard prof, he now saw himself as a yogi, part of “the cosmic dance.”

By the late ’60s, he was giving talks on how to get and stay high, without drugs. He worked on his now-classic Be Here Now, and began long years of service, helping prisoners turn their lives around, and sitting at the bedsides of individuals at the end of their lives to encourage “a more open and loving approach to dying.”

Even then, the “ego fog of old academic mind” often settled over him, he writes. “It has required years of incremental practice to even begin to get free of the conditioned feelings, habits, and unconscious urges that keep rising to the surface.”

His final years, after a debilitating stroke, were spent on Maui. Many of the friends who filled his life came to see him. They included Jack Kornfield, Joan Halifax, Krishna Das, Joseph Goldstein, Sharon Salzberg, and others who shared his spiritual impulses.

In these moving pages, Ram Dass takes evident pleasure in noting that the “real change” that came from psychedelics was “not hippie drug culture but opening people to their inner nature.” In his own case, that opening began an “evolution from an ego to the soul” and a “merging into love.”