The Beekeeper of Aleppo: A Novel 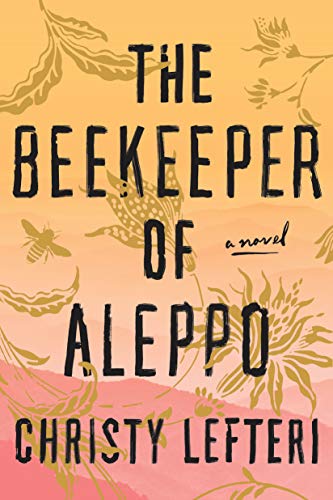 Everyone knows about the migration crisis that erupted out of the Syrian civil war. Hundreds of thousands, after years of passivity, as if jolted by the crack of a starting gun, upped and fled their country.

Two years later the number dried up to a trickle as the Europeans, working hand in hand with Turkey, Syria’s close neighbor, got on top of the problem.

So if you know the outlines of what happened four years ago then you know the subject of this anguished novel. It puts the clothes on the skeleton of the story. It gives you the hunger, the illnesses, the pain, the duplicity of the traffickers and their outrageous fees. It gives you a terrifying picture of the migrants crossing from Turkey to Greece in overcrowded rubber dinghies. Prone to sinking, the family at the heart of this story came near to drowning. Who can forget the heartbreaking news photo of a washed-up baby on the sand?

The migrants by and large did not want to stay in Turkey or Greece. They headed north where job opportunities, wages, and social services were better. Britain was considered to be the promised land as there was less bureaucracy and hassle when it came to welfare payments or getting a job. But Britain was difficult to reach because of the English Channel and a closely policed tunnel that runs under it. But that’s where this family wanted to go.

The central character, Nuri, has a wife who he loves dearly who has become blind. Despite the handicap she becomes a successful artist. Their little boy was killed in an air raid. A doctor asks Nuri, who was there when it happened, “What was the last thing you saw?” “Sami’s eyes. They were looking up at the sky,” at the planes that killed him.

Nuri is a bee-keeper by profession, and when they decide to leave Syria he takes a queen bee in a box so that at the end of their journey he can start a new business.

Nuri and his wife have far more money than the average refugees. They can pay the best smuggler in town and arrive in London the easy way, on a flight. The queen bee is still with him.

The skill of the novel is that it is able to record the details of their journey like a diary. One is never bored. Each movement of the personae dramatis is telling. One is simply absorbed by the details of their escape from Syria. The author, a young British woman, the daughter of refugees from Cyprus, who has worked as a volunteer at a UNICEF-supported refugee center in Athens, has mastered the knack of telling a good story of the unexpected. This is her second good novel. We wait for more from this talented author.