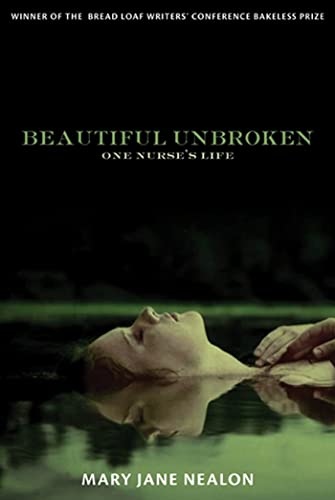 This is one nurse’s story, but should be required reading for any nurse, nursing student, or individual who is spiritually seeking after a time of loss.

The pain relating to Ms. Nealon’s brother’s illness and death carves out a huge place within her which is then filled with compassion and a refreshing assertiveness as she cares for patients on her watch. Contained in this small memoir is the essence of nursing:

“I learned that many times there was nothing to say, that sometimes just not turning away from people was the best way to care for them.”

The writing, especially when relating to patients is lyrical. (Early chapters would have benefited from tighter editing.) There is a simple, beautiful, and genuine way in which she connects with patients, thus teaching us about compassion.

Speaking about her experience with a dying 42-year old ovarian cancer patient, she says:

“I remembered why I loved being a nurse. I loved the gift of being with someone as she transcended suffering. Of helping her in small ways, turning her in bed or placing a blanket over her legs. It is during these tiny moments of attention that you can see the release of the person’s hold on the body. A sort of resignation enters the eyes and breath eases out one final time. The room to me then is as blessed as any church.”

Ms. Nealon starts life in an ordinary way, in an ordinary community, in an ordinary New Jersey family. But hers is also a life filled with the idealistic dreams of achieving sainthood. Reality intervenes; she becomes a nurse. The pull of separating from family to find her own life creates a leitmotif—guilt about abandoning her brother as he approaches death, questioning the “road not taken,” and following her own star—even at great “spiritual” expense. Her journey is one of seeking, and one that can be instructive to anyone who is open to learning.

Her pain manifests in different ways. First comes restlessness. She does not shrink from some of the most difficult assignments: young boys on a cancer treatment unit; duty as a traveling nurse in remote and rural hospitals; confronting the raw and inevitable outcome of terminal illness. During off-duty hours she seeks escape sometimes indulging in high-risk behavior. But in doing this, she loses the faces of dying young boys she cares for and even the face of her dead brother. Writing is second nature, but also becomes a refuge throughout her journey: “I used my fine-point pen and my journal to keep all the dying boys from completely disappearing.”

At the height of the war on AIDS in the mid-1980s, she chooses the difficult road of working with immunology patients, a population avoided by many other practitioners. She later works in the “flops” of New York’s Bowery, where, despite the fleas and the wounds, she formed genuine relationships with the residents. Here, chicken wire stalls contain a resident’s entire world. Through her, we learn that they too have their own version of compassion.

Throughout, Ms. Nealon retains a tense but consistent relationship with her mother, who recites a litany of disappointments in her. Her father seems to understand his child’s need to separate from family and find her own way.

Bakeless Prize Judge Jane Bros provides an inspiring summation: “. . . after having traveled through the wilderness with Nealon, her readers may find themselves confronted with an essential question: ‘What do we owe our fellow citizens, our society, our family, ourselves?’”

This memoir won the Bakeless Prize for Nonfiction in 2010.