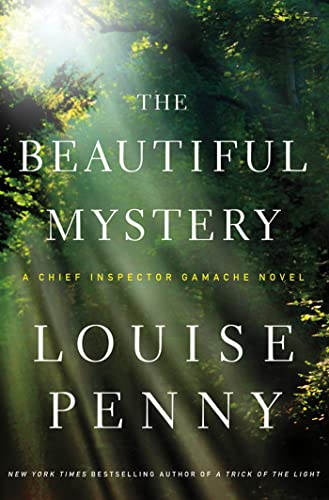 If you like to get down to the soul level in your reading, open up a Louise Penny mystery.

In her previous Chief Inspector Gamache novels, she has focused on the heart and soul of each book’s matter; but here in the eighth novel of the series, she slices to and through the hearts, souls, minds, and bone marrow of her characters in a complex, atmospheric story.

Gamache always looks under the rocks of people’s personas to find what truly motivates them. He investigates cases by seeking the deepest hurts, the long-term buildup of slights and disillusionment that corrode people from within, which ultimately lead him to the murderer. At the same time, he looks within himself and suffers from his own failings, while those who work for him idolize him because of his compassion, while others—often his superiors—despise him because through his actions he shows them what they are.

So there’s always a dual plot in Ms. Penny’s books, where Gamache goes through inner turmoil or transformation while he deeply investigates others’ lives to find the flashpoint within them.

In The Beautiful Mystery, he digs through not only the reclusive world of two dozen reclusive men—a monastic order thought to be lost centuries ago, but which popped up in the middle of the Quebec wilderness—but also the stormy interior of his second in command, Inspector Jean-Guy Beauvoir.

This passionately loyal lieutenant has traveled a tumultuous road with his chief, including a near-fatal experience in a raid that went wrong. Both men still bear the scars from it; which, in Gamache, are healing, whereas in Beauvoir they are not.

As they unravel the current case, both men unravel in their own way. In the process, they learn what would motivate a man of God to deliberately harm another of his kind. This occurs in the abbey of Saint-Gilbert-Entre-les-Loups, meaning St. Gilbert “between the wolves.”

The theme of two wolves intertwined runs through the book on several levels, as all major and several minor characters are caught in existential conflict between good and evil. As well, the abbey harbors a wolf in sheep’s clothing that Gamache and Beauvoir must unveil.

The beautiful mystery of the book’s title pertains to the abbey’s raison d’etre—music—specifically, Gregorian chants. These are the oldest and most spiritual form of Christian music, and for the monks in the story they are a means of worship and ecstasy and peace (though for some, the chants create an addictive need like a drug).

More concretely, a document that records the beginning of musical notation is hidden in the monastery, and the implications of that precious manuscript fuel the crime.

Crime investigation is the weakest element of the book, overshadowed as it is by the characters’ inner turmoil. Ms. Penny sets up a locked-room-type puzzle, in which a monk is murdered in a walled garden with only one entrance and a limited pool of suspects with access thereto, all of whom are alibied.

But then she has her experienced, keenly observant investigators miss an obvious murder weapon, and distracts them with the arrival of Gamache’s nemesis, his boss, for reasons that seem implausible and overstrain several scenes.

The story also depends on questionable technology, i.e., BlackBerry texting that works in the deep wilderness where cell phones, wireless Internet, and satellite equipment do not. This anomaly is inadequately explained, which is unsatisfying from an author who normally presents her settings in convincing detail.

She remains on track, however, with character development—or character collapse, as the case may be. Ms. Penny is expert at conveying mood and personality through thought and dialogue, gesture, and small but telling details. Thus she excels at presenting the nuances of nonverbal communication as used by the monks.

For the sake of the investigation, the order’s rule of silence is lifted; nevertheless, Gamache must interpret strategic silences and flickering expressions and myriad subtle signals—as well as the music itself—to follow as clues.

The reader is kept abreast through lots of head hopping, but Ms. Penny is so skilled at this that it weaves character, milieu, and plot into a cohesive, hypnotic whole.

Underneath the murder mystery is an exploration of why some people survive pain and others do not, and what they’ll do to protect themselves. Pairs of characters, including Gamache and Beauvoir, are foils for each other, and the isolation they find themselves in shows starkly and inarguably how story is driven by character, and how character develops from within.

Although the crime is resolved at the end, Gamache’s relationships are not, and any reader who cares about the series characters will hunger for the next volume to learn how things work out. Multiple threads are left dangling between the principals, with potentially drastic outcomes. Conversely, the book’s tone is depressing, and the disaster-promising danglers might move some readers to quit the series here.

New readers may find The Beautiful Mystery a good volume to enter the series because of its unique setting and independence from characters recurring in the other titles. If not, the book stands alone as a somber study of internal crisis among serious, intelligent men in unusual circumstances—as well as an example of artful and competent writing.