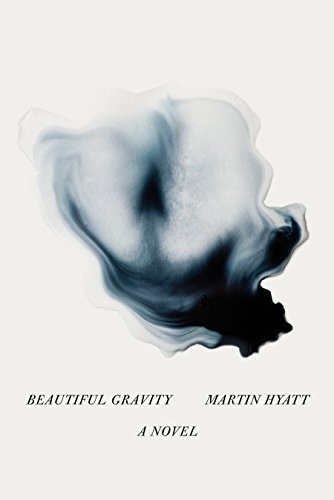 There’s a certain poetry of loneliness at work in Martin Hyatt’s new novel Beautiful Gravity. A loneliness specific to the outsider who is nonetheless firmly rooted within the smothering small community of his birth. And a certain loneliness that recalls the best of Tennessee Williams, as well as a joint cadence, which is perhaps enhanced by the small-town setting placed just outside New Orleans.

Certainly, as proven by Hyatt’s previous novel A Scarecrow Bible as well as this new one, the author has an ear for southern speech—which he comes by honestly enough, having himself been born in Louisiana, before escaping to New York City and The New School—that gives these novels an enhanced lyricism. One that is one witness even on the very first page:

“It is January, thirty-eight degrees, yet this world is melting. The people in this world, on this piece of southern land, run from a shotgun house, which is burning to the ground. A dog barks from inside. Neighbors come to see, to watch the shadows of the inhabitants dance around the outside, waiting for the sound of a siren. A mother, my mother, wrings her hands, and then pulls at her hair as if to replace the pain of losing what she often refers to as ‘nothing like the house I dreamed of.”

What with our protagonist Boz’s parents giving him about as bad an upbringing as any two people could do—it has to do with both home fires and Ferris wheels, suffice to say—and given the fact that, in the last whiffs of young adulthood, he lives in the shabby room above his grandfather’s desiccated diner set right up against the interstate, it is no wonder that Boz dreams of escape.

And with the arrival of Catty and Kyle, a Nashville singer and her hunky companion, who drive up to the diner Princess Kosmonopolis style, in a flashy new convertible with an alternate version of Chance Wayne by the lady’s side.

Boz is our eyes and our ears. And it is the pulse of his heartbeat, quickening, fading, that supplies the rhythm of the text.

Which is only as it should be. And while the character can best be described as “fluid” in terms of his recognition of his own desires, sexual, creative, even geographic, his voice rings out clear as a bell:

“I have been lonely ever since I hit my thirties. I always thought that it would pass, but no matter who I am with or how many people I am around, I never feel like I’m truly with anyone but me. The more of a man I am supposed to become, the more of a boy I actually am. If Meg were around more, this might change.

“One thing that keeps me going these days are the games I’ve created to make my room seem more like a home. I never go totally over the edge with this thinking or anything, but I sometimes pretend that I am not alone. I pretend that the place is haunted by someone beautiful I could have loved, and I am sure that they would have loved me back. Sometimes it is people like Robert Kennedy or Waylon Jennings. Last year, probably because I found a rare postcard of him at Family Dollar for ten cents, it was Kris Kristofferson from just after his A Star Is Born days.”

Boz finds his Kristofferson in the person of Kyle, straight out of Nashville in a bright red convertible, who, in conversation with Boz, gives the book its title, when he states:

“I keep thinking ya’ll are gonna get mad about something and leave. I keep wondering why would two people with big lives in the big world stay here for so long.”

To which Kyle answers:

“We stay here. We stay because of you. Because of Meg . . . but in the first place, because of you. That is what you do to people, Boz. It’s a powerful thing you got. You got a beautiful gravity about you.”

The novel has it as well, that beautiful gravity. It is a serious book. A thoughtful work. Its language is quiet, almost whispered, but it is also potent. It clings to the retinas; it huddles in the reader’s heart.

For the second time, with his with this second novel (his first, A Scarecrow’s Bible, won several important awards and got Hyatt on every “One to Watch” list for 2006, its year of publication), Martin Hyatt has proven himself an artist of great merit. Hopefully, he will be able to prove that again and again in the years ahead with each successive new work.