The Battle of the Crater: A Novel 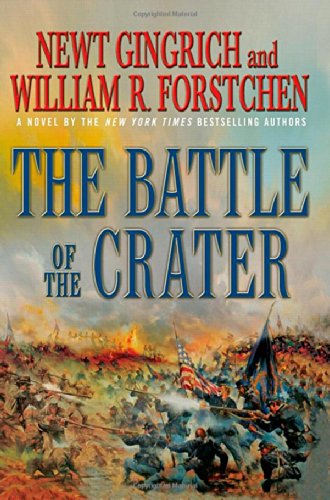 “The Battle of the Crater is a fascinating and engrossing read for any Civil War enthusiast—fiction and nonfiction lovers alike.”

The authors have crafted a compelling look at the 1864 Battle at the Crater conducted during the siege of Petersburg during the American Civil War. This particular battle had the potential of shortening the war and thus the slaughter that was yet to be endured by both sides.

Instead, it turned out to be another leadership disaster for the Union force in front of Petersburg, Virginia.

General Burnside was in charge of the effort in spite of the opposition of his immediate superior General Meade. The two had a history going back to the ill-fated battle of Fredericksburg when Meade had served under Burnside. Meade had not forgotten nor forgiven Burnside for that Union defeat.

Contrary to the historical record and the court of inquiry, the authors make it quite clear that Meade was responsible for the defeat at The Crater, not Burnside. How they convincingly craft this conclusion is fascinating.

Within this story is another: that of the Negro regiments assigned to Burnside’s command. Again, the authors are quite convincing, showing that contrary to popular opinion at the time, the men of these regiments were ill served at this battle and yet were not the cowards as believed.

A Harper’s Weekly reporter and battle illustrator is the reader’s eyes and ears in this story. As a friend of President Lincoln, our reporter also gives the chief executive a truer story than he receives in the military dispatches from his generals.

The Battle of the Crater is a fascinating and engrossing read for any Civil War enthusiast, fiction and nonfiction lovers alike.