Barlow by the Book 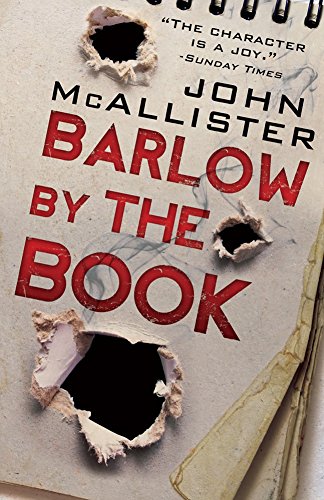 Station Sergeant John Barlow is back from his previous outing (the critically acclaimed The Station Sergeant) but if he thought life was going to return to normal, he couldn’t have been more mistaken.

A brawl among local youths escalates into a series of violent robberies; a pickpocket targets leading business men; his boss, District Inspector Harvey, hungers to have Barlow demoted or even better, jailed; local criminal, Geordie Dunlop, is on the run and suspected of several murders; Barlow’s old wartime commanding officer, now the town drunk, Major Edward Adair, GC, must be sobered up in time for his sister’s important visit from Australia.

Added to this litany of misery, Barlow’s problems become even more complicated and personal when his psychopathic and at times homicidal wife, Maggie, is released unexpectedly from the hospital where she had been staying. She has tried to kill him once, and he fears she is simply waiting her time to attempt it again. Their cottage is so small they have to share the same bed. Every night on the way to bed, Barlow has to check that the knives are still in the cutlery drawer, in case one of the blades should find its way into his back as he sleeps.

When Barlow’s daughter Vera goes off on holidays, Maggie’s sister, Daisy, comes to stay, hoping to help out with the caring of Maggie and grant Barlow some respite from his stressful life.

However, in such confinement and lack of space, the touching of bodies badly in need of comforting and human contact soon leads to more than simple touching between Barlow and Daisy, it all so becomes a catalyst for dark revelations:

“The look in Daisy’s eyes was the look he’d see in Maggie’s eyes throughout their married life. He sank to his knees. Stretched out his arms, praying for someone or something to kill him, to put him out of his agony.”

Soon afterward, he learns the truth about his Maggie’s traumatic childhood, when she pronounces the innocuous word “Papa” to Barlow in the bedroom at night:

“‘Papa,’ she repeated, louder this time, and he had to go to her.
He perched on the edge of the bed. Her hand came out from under the covers. He was careful not to touch it.
“Papa, can we not do that sore thing again?”

Sergeant John Barlow is a fascinating character, real and at times contradictory and ambivalent, yet a man of principled determination. Barlow by the Book is a master-class of evocative and inventive writing, thoroughly entertaining and absorbing. John McAllister’s best book by far.