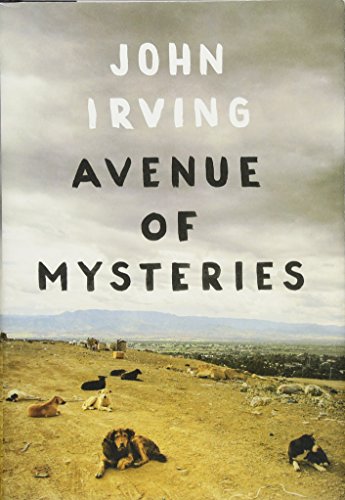 John Irving, now in his early seventies, has been encouraging readers to think of him as the contemporary Dickens for more than four decades. It built to a tottering pinnacle of critical consensus when he got away with installing all that Dickensian machinery, Dickensian manner, and Dickensian matter in The Cider House Rules.

Machinery itself and human mechanization were parts of one of Dickens’ best jokes: people doing the same thing over and over, especially among the minor characters (like the human steam engine Mr. Pumblechook or the bowlegged wheelwright Mr. Hubble) could be pretty funny, creating a smooth, low background hum of good feeling for the narrative, setting up melodramatic catastrophes all the better. The Dickensian manner Irving adopted was ingratiatingly chummy language, the matter a social issue or bête noire, in the case of Cider House, anti-abortionism.

Mr. Irving is on the same track with this, his 15th novel. The narrative moves back and forth in time following the largely uninteresting late-career obligations and insistent, troubling memories of Juan Diego, a good-natured Mexican literary grandee, who as a teen was a pepenadore, a “dump kid,” a “nino de la basura,” a scavenger. (Play the audio book too loud in a parking lot and people will probably assume you’re using a Pimsleur or Rosetta Stone CD.)

Publisher Jonathan Karp does not deny Irving’s frequent recourse to favorite narrative furnishings: “Anyone who has read a few John Irving novels might reasonably expect to encounter an orphanage, a writer, a circus, an absent or mysterious father, a flatulent dog, prostitutes, and a crash of some sort.” Yup. Shame-free rummaging through discarded and much-used items is both a theme and a method.

Reviewers are always looking for authorial stand-ins; authors often oblige (Twain’s ringmaster lets a clown take credit for the funny stuff; Cimino’s deerhunter will do anything to get it in one shot; Homer’s Odysseus plucks the bow like a harp and nails the first inattentive audience member he sees, etc.).

Here, not only must we back off on a wearied, aged author in the beleaguered Juan Diego, beset by dimwitted groupies (okay, Mr. Irving, you get a pass on being weary), but we can also take the measure of a despotic circus manager named Ignacio who thinks he has more control of his animals and handlers than he does. (Nice one, Mr. Irving; self-effacing as ever.)

The heart of this novel, the good stuff, surely, is what Juan Diego is remembering and reconstructing, the melodrama of how his sister Lupe, one of Irving’s best characters, tries to protect her brother, right up through her outlandish end in a lion cage, an outcome that is presaged so adamantly that I haven’t spoiled anything for anybody in speaking of it. The rest, dealing with the vagaries and inconveniences of the aging author’s celebrity, is frankly regrettable. Juan Diego’s beta-blockers and Viagra show up and come into grim conflict in chapter after chapter, like unfunny minor characters.

There’s a laborious satirical scaffolding in the plot involving two women succubi that turn out to be Our Lady of Guadalupe and the Virgen de la Soledad, Irving’s late-career shifting to something like Neil Gaiman myth-making. I don’t know if it’s particularly Dickensian, but the author’s parti pris against the Catholic Church starts at this frantic level and never calms down. One minor character, satirized for his pretensions as a writer, is a right-wing Catholic who, like Dickens’ Pumblechook, is a huffing-puffing disapproval machine, blind to hidden, important realities in scene after scene, obsessively mouthing dim pedantry (a handy means of exposition and background information for Irving) or dimmer admonishment, like “not in front of the children.”

For all his reputation as an easy-to-read major writer, this novel will be a slow read even for some Irving fans. The first five paragraphs are some of the worst, most shuffling preliminaries ever seen in a novel. At the end of paragraph three, we’re still waiting for something engaging and we get this: “After he left Mexico—he’d never gone back—he had a second life, the American or midwestern experience. (Or was he also saying that, relatively speaking, not a whole lot had happened to him in his second life?)”

Through his long career, Dickens never seemed to lose interest, either in the story he was telling or in the population that was inspiring it. One hopes that kind of ravenousness comes back to John Irving.