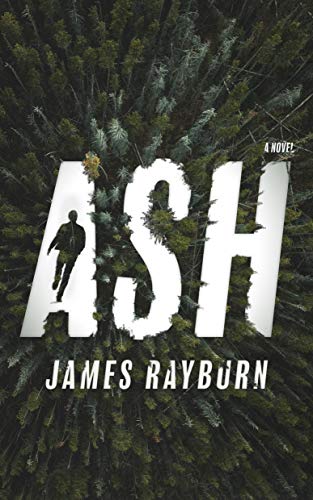 “Clearly inheriting the mantel of Jim Thompson and Donald Westlake (and admittedly strongly influenced by them), this walk-on-the-dark-side author will also appeal to readers of early Garry Disher and Jeff Lindsay. The writing is smooth, the action flawless—and the depths of evil displayed are unforgettable.”

It’s a grim reflection of our time that any law enforcement group has the possibility of corruption nested in the power that it commands. And in the greed and cruelty of some of its people. In Ash, security forces persecute a man on the run, and It’s hard to tell who the “good guys” are for a while—except that Danny Ash is hunting for his young son, who’s been kidnapped to force Danny to “behave.” And that’s a solid reason to take Danny’s side. That, and his clueless effort to gain justice for his family.

Ash’s wife Jane died while working in Asia, and he’s managed to figure out enough of the circumstances to call out her death as murder and to publicly demand action. What does he get for that? How about his child stolen and tormented, his home inaccessible, and a nationwide manhunt launched that’s calling him a terrorist?

Running for his life, Ash manages to locate a near-hermit in the forest who owes him a favor, or actually owes it to the missing boy, and is willing to pay it back. Even more valuably, the woodsman gives Ash a dose of blunt honesty:

“’You have any plans? For finding your boy?’

‘Maybe I’ll reach out to the media again.’

‘Then forget the media. . . . I should have just left you there, up by the road. You woulda deserved it. But I owe your boy.’”

Ash and the woodsman tackle a bank robbery to get the cash for Ash to go on the run properly. And from there on, it’s a time-and-tension thriller all the way: Can Ash, despite his naive choices and his lack of “hero skills,” manage to get to his son in time to prevent further injury to the boy, by the forces of finance, corruption, and sometimes government power? And in the meantime, since those forces are being directed by a powerful and wealthy madman in Asia—how can they be stopped?

Rayburn writes in fast-paced action scenes, with crisp dialogue. Where the usual fiction guideline is “show don’t tell,” Rayburn’s is “switch scenes and ramp up the action—and explain later.” The technique makes for a highly effective thriller, where forces of good and evil are soon identified—well, after all, the good guys are the ones on the child’s side, right? But can right prevail?

This action style is clearly a reflection of Rayburn’s earlier career as a filmmaker in South Africa, under his other writing name, Roger Smith. The Rayburn nom-de-plume authored another CIA-related thriller, The Truth Itself, that came out a year ago. In many ways the books are mirror images: The earlier one involved a mother and daughter, attempted kidnapping is involved, and the solution to the viper’s nest of evil involves a twist of action in a tropical paradise in Asia. It’s tempting to wonder whether the author did this deliberately, or whether he’s caught on some inner repeat cycle for personal reasons. His public interviews reflect anger over South African crime in real life, and he’s called his original series of crime fiction “dark crime novels about messed-up people messing up.”

Clearly inheriting the mantel of Jim Thompson and Donald Westlake (and admittedly strongly influenced by them), this walk-on-the-dark-side author will also appeal to readers of early Garry Disher and Jeff Lindsay. The writing is smooth, the action flawless—and the depths of evil displayed are unforgettable.