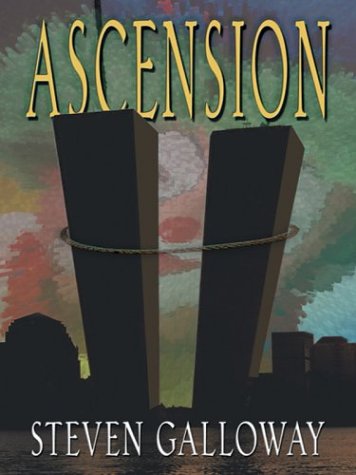 “. . . a riveting, deeply affecting story that tackles the very essence of man’s struggle to understand his world and himself. . . . As the narrative sweeps across Europe and America, it not only enlightens the reader on the ways and lives of the Roma people, but also reveals the darker, prejudicial side of human nature.”

On the surface, Ascension, Steven Galloway’s second novel, is about Salvo Ursari, a “Rom”—a Hungarian gypsy—and his lifelong obsession with walking the circus high wire. But don’t let the smell of the sawdust put you off reading what is actually a riveting, deeply affecting story that tackles the very essence of man’s struggle to understand his world and himself.

In the first chapter, we are hit with the death of 66-year-old Salvo as he falls from the wire while attempting to walk between New York’s Twin Towers. It seems strange to read of our hero’s demise before we have truly been introduced, yet this technique succeeds in setting not so much a sense of foreboding throughout the book, but a growing realization that Salvo is content knowing his time to leave this world will only come when he leaves the wire.

If this is where his story ends, it begins in the Hungarian province of Transylvania. The year is, one year after the end of the First World War, a time of starvation and brutality as the Romanian army claimed the territory as their own. Nine-year-old Salvo’s father is paid to climb the precariously inclined steeple of the village’s Catholic church to reinstate the cross. But it later tumbles and kills the priest. As itinerant Roma, the family is used to the prejudicial hatred of those they encounter, but when his home is burnt down with his family inside, Salvo vows to take revenge on the gadje, destroying their church before running away.

Salvo’s journey thus begins—both geographically and as a human being. He makes his way to an aunt’s, who has married a gadje, but is banished forever when he ends his uncle’s hopes of pulling his family out of poverty by making and selling a fine, glass soldier. The parallels between Salvo’s smashing of the glass figurine, the fragility of the human body, and the strength of its spirit trickle through the story as he learns to walk the high wire, at first for money, but later as the one place where “he is as free as he will ever be.”

Reunited with the brother and sister he hadn’t dared to hope had survived, Salvo and they train hard and form an act that is eventually signed by the greatest circus in America, where they find success—and a wife for Salvo. As the narrative sweeps across Europe and America, it not only enlightens the reader on the ways and lives of the Roma people, but also reveals the darker, prejudicial side of human nature.

Mr. Galloway paints a vivid and convincing picture of the Roma with their endearing tale weaving and the not so appealing scams, skulduggery, and downright thieving. Yet even after a beating with barbed wire, revenge never occurs to Salvo’s father for “What would be the point? He was a Rom, a gypsy, and for a Rom the best way to get revenge was to live another day.”

But it is the light touch with which Mr Galloway evokes the all-encompassing peace that Salvo basks in on the wire that is masterly. He takes the reader to that place where every distraction, every worry, every pleasure dissolves and a true, inner focus is all that remains.

“His life was only beginning and it would end on the other end of the wire, and then it would begin again the next time he stepped out. Salvo smiled, breathed in hard and took another step.”