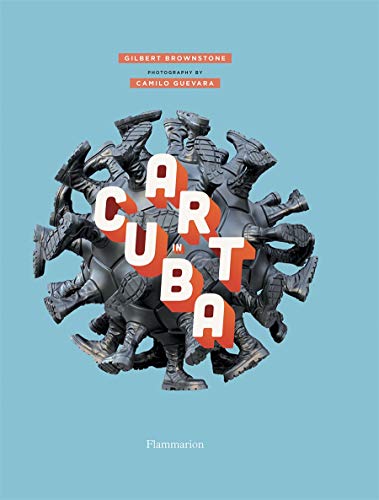 There are books about art that are just about art, and there are books that, rather than ignore the mixed media elephant in the room, frame the art they feature in whatever social, geographic, political, or socioeconomic context cannot be ignored.

Art in Cuba belongs to the second category of art books, which would be admirable but for the rewriting of verifiable history in two of the three documents that compose the book’s editorial frame: a contextual essay by Graziella Pogolotti, and the tome’s introduction by author Gilbert Brownstone.

Both pieces raise noisy, obtrusive, red flags for their too-rosy, narrowly constructed portrayal of a system that demonstrably appropriated and redistributed, not just the wealth, but also the daily civil rights and liberties of its citizens, arguably limiting, for better or for worse, the very artistic progress it attributes to its governance.

This is not in dispute. The island’s human rights record and its effects on all walks of life is well-documented. But. Does this mean that the rest of Art in Cuba Today should be dismissed? That there is no value to this book’s look at the current status of artistic creation on the Caribbean nation? Of course not. Absolutely and resoundingly not. Because at the end of the book, if not the day, its portions focusing on the artists it profiles are the larger, clearer window into the significant contributions of Cuban contemporary art to the forward-moving development of the global art map.

And in that respect, there is plenty to enjoy about Art in Cuba Today. Thirty-two contemporary artists advancing work in a variety of practices and mediums: painting, performance, sculpture, photography, mixed media, exhibit arts, video, and even large-scale installation are featured in a satisfyingly intimate way via first-person essays that, accompanied by a generous amount of full-color images of the artists in their studios, afford a fascinating glimpse into at least three generations of talented creators, into their varied educational backgrounds and political views, and into the artist’s themselves, all passionate about their work, if careful and precise when speaking about the realities of life outside of it.

Here is Juan Roberto Diago Durruthy in the essay that accompanies images of his life-sized mixed technique on canvas and wood:

“Art doesn’t have just one role. It all depends on the artist, on his or her inner self. There are those who don’t see social problems and who aren’t interested in them. There are those with a more intimate, more personal world. They don’t take part in events. Then there are others, like me, who are more engaged in collective action. In my case, it’s racism that prompts me to act; it has been one of the evils of humanity for a long time, but unfortunately racism is a virus that has mutated and taken on new forms. Violence and discrimination against women also continue. We don’t confront the same problems with just one solution. That’s why I believe there’s not one view of art, but many.”

His Italo Calvino-like sideways view follows the lead of Camilo Guevara himself, the book’s coauthor, and son of revolutionary figure Ché Guevara, who, ironically and appropriately, refrains from spinning Cuba’s political situation, and whose intimate, lucid images are the high point of Art in Cuba Today, and indeed succeed in capturing what the artists here—including established and emerging stars such as Manuel Mendive Hoyo, Sandra Ramos Lorenzo, Alejandro Campins and Duvier del Dago Fernández, all with works in major museum collections and international followings—have in common with all the world’s artists: the tensions of time and its supply, the demands of life, and the pressure to matter equally on the world’s stage.

“When we are hungry, we eat. In the morning, if we are still sleepy, we have a coffee to wake us up. With friends, we drink a beer. These are human, not specifically Cuban, situations. And once you understand that they are shared by all—that they can be reproduced anywhere in the world, and that art helps you to understand that—then you discover that to be an artist means something. Living one’s life can be simple or complicated, but, fundamentally, it’s always worth the bother.”

And so is this book if you’re willing to sift and separate off-putting slant and political speak from what is true, beautiful, and inspiring: art and the people who make our lives better by devoting their own lives to creating it. Fortunately, Art in Cuba Today has much more of the latter.