The Arsonist: A Novel 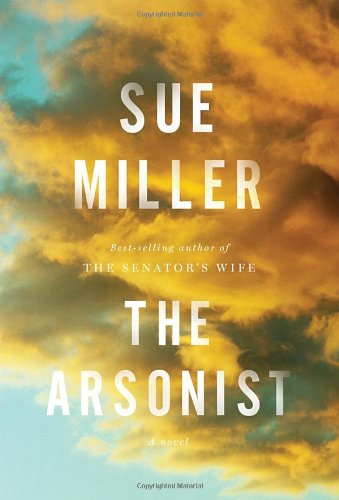 “The best stories show us how to come through crisis and find something uplifting on the other side. The Arsonist does this on several levels, bringing together multiple characters and involving us in their lives while each pursues something better.”

Frankie Rowley returns to New Hampshire after living for years in Africa doing good works. She is burned out and disconnected, and seeks to recover her energy and purpose at her family’s summer home in a rural mountain village.

But much has changed during her absence, the first being that the summer home is now her parents’ year-round retirement home. Yet they still belong to the “summer people” who never quite fit in with the locals—one of whom resents the seasonal invaders so much that he starts torching their houses. Lots of them.

The arson rampage divides the town even more sharply along cultural and socioeconomic lines, opening up doubts, fears, questions, and suspicions between neighbors and within families. Frankie’s healing season becomes one of communal strife.

In the middle of it, she falls into an affair with the newspaperman covering the fires. He, too, has settled in the town for personal reasons, which bring him and Frankie together in a way neither of them expects or knows how to handle.

Their affair is just one of the complex relationships that bind the characters in this story. Relationships form its center as well as its highlights in scenes that speak to our hearts and verbalize our secret thoughts and feelings. Told through rotating viewpoints, it’s about realistic people, realistic events, real feelings, real reactions; a story about people’s growth and change, rather than a narrative progressing from event A to event B.

Thus the novel is inappropriately named. It should be something like The Summer People or Learning and Letting Go, instead of The Arsonist. That person seems almost an afterthought, and the whodunit plot around him feels like a device used to connect a montage of vignettes.

While the arsonist’s crimes do affect the community and help catalyze the main characters’ changes, only background characters suffer directly while the main protagonists grapple with issues of self-discovery and hard choices.

The most poignant and compelling subplot covers Frankie’s father, who is suffering the onset of Alzheimer’s. Unusually we get a look at the disease through the eyes of the person being overtaken by it, who says it’s an “Odd way. To disappear.” He adds:

It may or may not be a comfort to the reader. Still, it’s a sample of the difficult experiences that the novel portrays.

Author Miller skillfully explores these types of complexities in the body and spirit. At the same time she captures the dynamics of small towns composed of locals, urban refugees, and seasonal occupants. The overall effect is somber and thoughtful, a gentle character study of individuals and groups in a culture mix common around the country.

It leaves, however, a sour aftertaste, along with the questions, Is everybody blue, deep inside? Isn’t anybody happy and healthy? Leading to the broader question: Is there any literary merit in writing about fulfilled people?

No, because story is defined by conflict. The best stories show us how to come through crisis and find something uplifting on the other side. The Arsonist does this on several levels, bringing together multiple characters and involving us in their lives while each pursues something better.