The Architect of Flowers 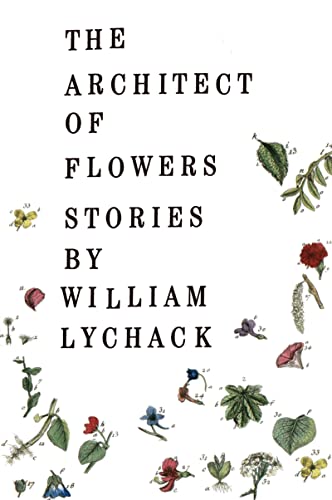 Frequently, in reference to short fiction, “the well-crafted story” can be a sort of damning praise. It implies a tidy little construction, perhaps something that critiques well in a classroom or writing group, especially among readers who like to use words like “critique.” For other readers, it marks the limits of a certain kind of literary fiction. It’s hard to get excited about “tidy.” You can’t make a meal on a bon-bon.

William Lychack’s first collection of stories, The Architect of Flowers, which follows his well-received debut novel, The Wasp Eater, is proof that such ideas are too reductive. It is full of well-crafted stories—there is not a lazy sentence in this book—but it is decidedly not “tidy.” Lychack evokes a world that is mysterious, sometimes wonderful, and sometimes downright frightening.

Most of the stories are set in the American Northeast and recount highly personalized struggles of individuals (a solitary boy, a horticulturalist, a lonely wife) against larger, indifferent forces. The opening story, “Stolpestad,” is a harrowing and fairly representative tale of a small-town cop whose good-faith efforts prove woefully insufficient. “Griswald” tells in an unsensational fashion about the troubling ambiguity of a possible case of pedophilia. Fortunately, though, Lychack doesn’t settle for a too-easy naturalism that systematically swats down his characters like so many flies. Other stories, like “The Ghostwriter,” address the wonder of life, its sometimes uncanny beauty, the “glimmer of what it’s like when what you believe and what you do are one and the same thing.”

Lychack is wary of perceptions which are dulled by habit, and infuses this sense of wonder into everyday life. “Thin Edge of the Wedge” captures this sentiment well:

“All seemed incredible, the things of the world, and sometimes it was all a boy could do to believe that a fish breathed water, or that a butterfly flew all the way from Mexico, or that water froze into ice, or any of the seemingly endless miracles of the universe. Everything, if you looked closely enough, was a mystery. The most normal things, the most obvious things in the world, the things we took most for granted, often these were the most impossible, the most mysterious.”

Lychack is particularly preoccupied with family and how the past is artfully reconstructed by memory. “Love is a Temper” begins as a fairly conventional immigrant story but by the end it reaches much further, and becomes a meditation on the process of creation. The title novella, “The Architect of Flowers,” explores similar themes, depicting a troubled family from multiple points of view. It is an unflattering portrait that manages at the same time to be sympathetic to the flawed characters’ needs, and achieves a psychological authority as fine as William Trevor’s.

Stylistically, though, Lychack is more keen on metaphor than a sober writer like Trevor; he describes “air thick as a towel over your mouth” or a “house so quiet you could hear the clock chewing minutes the way an insect chews a leaf.” The best of his images linger in the mind long after the specific details of a story have been forgotten. He also enjoys unconventional syntax, chopping off the subjects of sentences, and shifts in narrative, including the use of a second person narrator.

In stories like “Stolpestad” and “Thin Edge of the Wedge,” the play of pronouns and other verbal gymnastics succeed well, because they contribute to a larger purpose in the story. In “Like a Demon,” however, the style seems mannered and in service of an ersatz edginess. It feels more as if the style itself is the purpose of the story.

Fortunately, this example is an exception, and most of these 13 stories are very strong, though one might argue that “The Old Woman and Her Thief” and “A Stand of Fables,” which embrace a fairy tale genre, are a bit out of place here and might belong in another collection devoted entirely to this vein.

Still, The Architect of Flowers is consistently rewarding for its restless search for possibility, for the author’s willingness to take risks and jettison the illusion of narrative authority without reducing his stories to postmodern smarty-games. He suggests that how we construct what is real is provisional and a matter of groping, but it is a necessary struggle for the preservation of anything worthwhile.

This book is an artful incarnation of that sentiment. Lychack doesn’t settle for literary bon-bons. His well-crafted stories make a rich and satisfying meal.