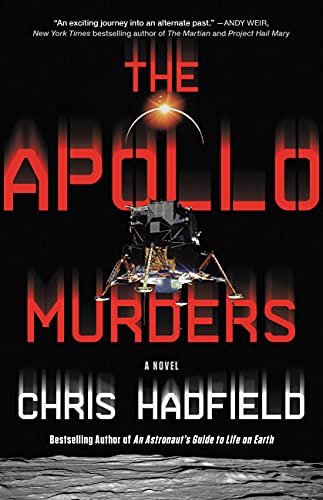 “a debut space-adventure story outstanding in its genre.”

Most science fiction is set in the future. But some SF looks back to envision an alternative history. This epic-scale space thriller does that, imagining an 18th manned mission for the US Apollo program, which in fact ended after 17 missions, in 1972.

Mission 18 revisits the Moon in 1973, again for exploration and discovery—but also for military purposes. The 1970s were mid Cold War era, and everything the United States did was watched, echoed, and competed against by the Soviet Union—especially in the “space race.”

Readers who grew up during that period will recognize darn near everything and everyone in the novel. Although indisputably fiction, the story is extrapolated from real events. The author acknowledges this in the front matter, saying “Many of these people are real. Much of this actually happened” and itemizes them in the back matter.

What if the Soviets’ first armed, orbiting spy station did not fail, as in reality, but instead became a massive threat to US national security? And what if their lunar rover, already exploring the Moon, found resources crucial to both countries’ strategic futures, and planned to keep the discovery to themselves to use against America?

In classic kill-two-birds-with-one-stone thinking, the American characters decide to intercept and disable both the spy station and the lunar rover as a secret maneuver during an originally innocent mission to the Moon.

That simplistic plot summary is as much as can be revealed without introducing spoilers. The rest of the story is a mind-boggling chess game between the two superpowers and their astronaut teams.

The flip-flop never stops throughout the entire novel. Unlike many thrillers, though, this one gives the competing parties an even hand. The narrative bias is toward the USA as the good guys, but the Russian bad guys are never discounted or demeaned. All characters are treated as skilled and loyal people with clear, if opposing, motivations.

Readers are treated to the cycling viewpoints of several characters—American and Soviet, their mission controls and people enacting orders, the astronauts and cosmonauts on the ground, in space, and on the Moon—creating a comprehensive, and comprehensible, picture.

Comprehension is an important element in this novel. On one hand, the book is very technical, which hard-core techno-geek science fiction fans will love. On the other hand, either the author or a strong editor constrained the technical details so that non-techno-geek readers can still understand what’s going on, without having to skip chunks of narrative because it makes their eyes cross.

This matters because almost every drastic turn of the plot results from a small technical failure. Think: For the want of a nail, the kingdom was lost. While special skills and tools are at play in The Apollo Murders, the point/counterpoint, advantage/disadvantage switcheroos that characterize the novel hinge on malfunctioning gizmos.

The technical details are also important because the author writes from experience. Test pilot, astronaut on the Space Shuttle, commander of the International Space Station . . . this guy knows whereof he speaks. Thus readers get realistic presentations of what it’s like to fly a fighter jet—and hit a bird at 500 mph; to lift off in a capsule atop a Saturn V rocket and reenter atmosphere in just the capsule; to land and walk on the Moon; to experience weightlessness (and some of the unpleasant side effects that polite people don’t talk about); to strategize with officials from NASA, the highest levels of government, and international diplomats; and so on, giving readers a strong “you are there” feeling. We not only learn a lot about how things work but also how many different ways they can go wrong.

An especially chilling quality comes from the thin line between what happens and what could happen. Most everyone finds the concept of being literally lost in space to be horrifying. The number of times this almost occurs in the story keeps suspense nail-bitingly high. At least one older reader will be reminded of the David Bowie song about “Ground control to Major Tom . . .”

Probably the only reason The Apollo Murders isn’t a read-in-one-session thriller is length. Happily, it’s constructed in segments that are easy to read in short sessions without losing continuity.

The segments add up to a debut space-adventure story outstanding in its genre.