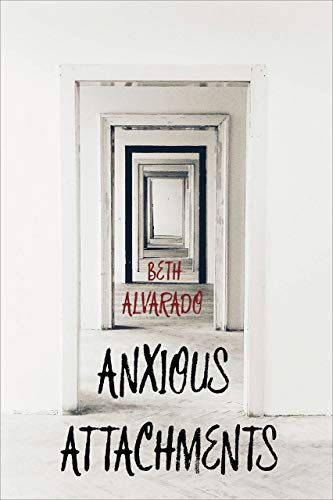 “Imagine turning your head and holding your arm out, as if for a blood test. You feel a slight prick, you loosen the tie, and then suddenly, this warmth floods up; you feel a rush that begins at the base of your spine and surges up until it explodes in your head, like light. Then, for hours, you float in a bubble of warmth and well-being, dreams as vivid as movies drift before your eyes. This is why people like heroin.

“Imagine you no longer feel like an ordinary girl, bland and vulnerable, but like a girl who is daring, an outsider, one of the guys. This is why I tried it in the first place.

“But why is a question that heroin addicts never ask. We know why. The question for the addict is why not?”

These are the opening paragraphs of Alvarado’s book. At 16, with her boyfriend Fernando, the author began using heroin; at 19, she married Fernando; and by 20, she was pregnant. That pregnancy became her why not, her reason to get clean. They had a son, Michael. They would stay clean, and a few years later, have a daughter, Kathryn. Just as pregnancy saved Alvarado from addiction, familial connection, expressed throughout these essays, keeps her both honest and sane. There’s nothing Alvarado isn’t willing to talk about, examine, admit, confess.

But these essays are about way more than the addiction with which they open. Water contamination, poverty, civil rights, gun violence, mental illness, Trump, the 2017 wildfire season, the 2017 total solar eclipse, the difference between a baby’s REM sleep and an adult’s—all this gets woven in with the personal.

In “Clarity,” the author struggles while caring for her dying mother, but when Alvarado’s adult daughter, Kathryn, comes to help care for her grandmother, the right words come to her easily, and she’s able to do the things her mother can’t.

“Kathryn sits at my mother’s feet and holds her hand. She helps her walk from room to room. She gives her little neck rubs, brings her chocolate chip cookies from the mall. She says the words my mother needs to hear: ‘I cherish you and I know you cherish me.’

“As I stand behind her in the shower, she huddles on the small plastic seat. I am afraid she is cold. ‘Are you cold?’ I ask her. But it is summer. I am dressed in my underwear and bra and my dark glasses and I bathe her. Still she curves her arms, cradling her breasts. She does not want me to see my future. She is so small that my hand, outstretched as if to cover an octave on the piano, nearly spans her back, her skin as thin and translucent as the water sliding over it. I can see her blue veins. Sometimes when I sit next to her on the bed and rub her back, she touches my other hand. She asks me, ‘Is this my hand or yours?’”

Such scenes are abundant in this book, filled with beautiful human attempts to connect, to protect, to do right by our loved ones. In showing what the daughter is able to do for her grandmother, that the author cannot do, Alvarado pinpoints the grace, the benevolence afforded by that space, that skipped generation. For Kathryn, it’s easy to say, “I cherish you.” But because Kathryn is of Beth, and Beth is of her mother, they’re inextricably linked, and what Kathryn is able to say may as well be the words of her mother, because in the end, whose hand is this anyway?

About her brother-in-law Marty: “He hears voices. He rarely leaves his small studio apartment. It took years for him to qualify for disability. Before that, he was homeless, or we paid his rent. He’s the big disheveled guy at the grocery store—you’ve seen him, you know him: the one you don’t want to call brother.”

Alvarado suggests here that the mentally ill person in our midst, in our own grocery store or community, doesn’t have to be an actual relative for us to realize he too belongs to us, that we’re all connected, that everyone is someone’s brother, sister, loved one. And mental illness is an issue belonging to us all.

Readers come away from these essays more educated, informed, and justifiably outraged that drinking water in Tucson was poisoned by trichloroethylene (TCE). But they also come away having fallen in love with Fernando, who died six years ago, and to whom the book is dedicated. And having fallen in love with Alvarado, too, and with their solid but unlikely union of 40 years that sounds about as glorious and real as love gets.

“After a day of taking care of my mother, I would lie awake at night and worry aloud that I was a bad daughter because I didn’t want to take care of her. But neither did I want her to die. ‘Shhh,’ Fernando would tell me, even though he knew I hated to be shushed. ‘She knows you love her.’ His hand on my back lets me fall asleep. This is one reason to get married: to have someone who can help us bear what we think we cannot.”

“I remember whenever Kathryn complained of a cold and didn’t want to go to school, Fernando would take her to the convenience store and buy her little packages of Kleenex and cough drops, and then she would go.”

These tender portraits of Fernando as both a husband and a father endear him to the reader. Alvarado bemoans in the book that she doesn’t remember enough about him, fears that in avoiding the excruciating pain of grief, she will “erase him,” but instead, with every picture she paints, she immortalizes him. This whole book is a love song to Fernando.