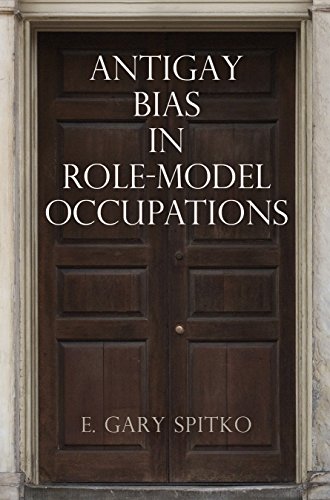 The focus of this book is “the use of employment law and practices in the United States to exclude gay people from public social spaces.” The book focuses on discrimination in the U.S. against gay men and lesbians and explicitly does not aim to address employment discrimination against people occupying other parts of the LGBT spectrum.

This is an extremely important, well-researched, and readable publication which is part of a series on human rights which reminds us that the principle of human rights law is non-discrimination and that “gay rights are human rights.” The publication of this book also reminds us that the struggle for same-sex marriage, and the still patchy arrival of marriage equality, does not signify that the struggle for gay equality has been won. Indeed, the author deplores the intense focus by some gay civil rights groups and the mainstream media on marriage equality, and the consequent relative neglect of discrimination against gay people in the labor market.

E. Gary Spitko explores the record of employment discrimination against gay people in “six role-model” occupations which he sees as best encapsulating traditional heterosexual American values. Denying or restricting access of gay people to these occupations serves to both to reinforce these “positive” heterosexual values, and to underline that gay men and lesbians do not share them.  He considers that the “fear that a known gay person in a role-model occupation might so tarnish straight people or their institutions frequently motivates the use of sexual orientation discrimination in role-model occupations as a means to inform social understandings.”

He acknowledges that much employment discrimination is based on animus against specific groups of people, as well as consciously orchestrated action through legislation but the combined effects are to keep openly gay people out of prestigious occupations or to encourage them to “pass” in various ways. The phrase used by the American Military “Don’t Ask, Don’t Tell” is the best-known example of the latter.

The role- model occupations examined in successive chapters are those in the law and the judiciary; the Armed Forces; in teaching and education; in the ranks of publically elected officials; in sports; and in the church. Advances against discrimination, and retreats, in each of these domains is minutely examined with reference to changing legislation and its application in the courts.

While the chapters that examine discrimination in individual role model occupations each contain a wealth of information the chapter where Spetko sets out his overarching thesis for this illustrative material—Exclusion from a Public Social Space Defined by Qualities and Values—is outstanding. The concluding chapter The Importance of Teaching the Qualities and Values . . . and he might have added skills and competencies . . . of Gay People, while well-intentioned, may have the unintentional effect of creating another kind of discrimination. Surely the point is that sexual orientation is neither a negative nor a positive criterion for employability?