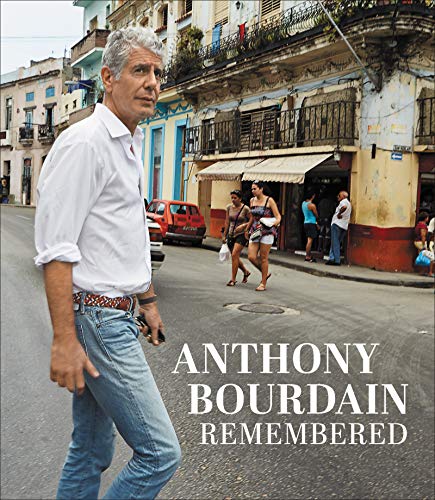 Anthony Bourdain Remembered is a crowdsourced eulogy of a book that will be published on May 27, just a few days before the anniversary of his death on June 8, 2018.

If you buy it to feel closer to the beloved storyteller, chef, activist, writer, and best friend you never met, your sadness might not be assuaged. Like most posthumous rites, it may only make you more acutely aware of your loss, remind you of that mourning poem by Mary Elizabeth Frye: “Do not stand at my grave and weep/ I am not there. I do not sleep./ I am a thousand winds that blow./ I am the diamond glints on snow . . .”

The book is a compilation of quotes by us, the mourners. What we thought. What we think he gave us. How we think we were changed by what he did. No. His voice is not in it except for a handful of his quotes. Like the things we sometimes feel we must do for loved ones lost, it’s too uniformly beautiful. Too neat. He would have accepted it gracefully, of course, but maybe not encouraged it too much by keeping it in a visible place. As you know if you were a fan, Anthony Bourdain was all about the real, the spontaneous, the raw.

But Anthony Bourdain Remembered does put his legacy into heartfelt words, and if you’ve never found the right words to say all he meant to you, you’ll be inspired by the passionate eloquence of others as they attempt to capture the essence of the amazing things Anthony Bourdain contributed and the adventure of empathy and curiosity that was his life:

“The legacy of Tony’s many travels will be the hundreds of hours of film showing that all human beings share common dreams and aspirations. At this time in history, that’s what the people of Iran —and so many places around the world—need most,” says writer Yeganeh Salehi.

“I was a line cook when Kitchen Confidential came out. He told the world that I was a warrior. But he convinced me, and us in the kitchens everywhere, that we were more than outcasts and misfits. He made us hero us to ourselves,” says John B., and rightly so.

“Anthony Bourdain taught me and my twenty-two-year-old daughter to not be afraid of the unknown. Embrace all people and cultures and experiences. He taught us all the true meaning of ‘You will never know what you like until you try it,’” says Sheila W. in the book.

And so say dozens of viewers, famous chefs, musicians, housewives, and teenagers, people who met him once, people who never missed an episode, and one president. These are not people who knew him better than we did. Not his crew, his family, his closest friends. But they are people who knew him like we did and know what we know:

“Travel isn’t often pretty. It isn’t often comfortable. Sometimes it hurts, it even breaks your heart. But that’s okay. The journey changes you. It leaves marks on your memory. On your body. You take something with you. Hopefully, you leave something good behind.”