And How Are You, Dr. Sacks?: A Biographical Memoir of Oliver Sacks 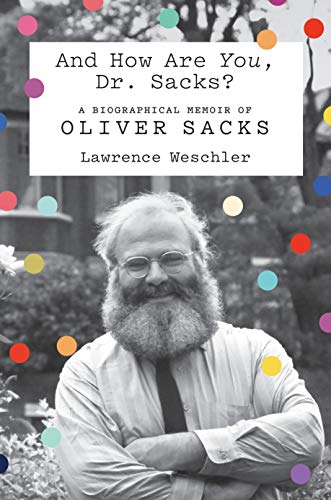 Oliver Sacks was a “deeply eccentric” neurologist doing a “different sort of medicine on behalf of chronic often warehoused and largely abandoned patients.” Medical colleagues mostly ignored him. He wasn’t a real scientist. But Sacks’ view of science—involving art—is not eccentric. His view of life even less so. This biography is not explicit enough about Sacks’ philosophical normalcy.

When a person or phenomenon is exceptional, critical import is diminished. Gramsci argued that radical criticism, to be radical, must properly name the system that makes it radical. When difference is just difference, and not properly explained by the whole, it’s comfortable.

Sacks knew early on that he was odd. He considered being a writer and ended up a “neurological philosopher.” His prose was exquisite. A nun at Little Sisters in the Bronx said: “Everyone who reads his notes sees the patients differently, newly . . .  Most consultants’ notes are cut and dried, aimed at the problem with no sense of the person . . . With [Sacks] the whole person becomes visible.”

Sacks didn’t just care about “living statues,” subjects of his masterpiece, Awakenings, later a film and a Harold Pinter play. That is, his commitment was not merely moral. Instead, it was “endlessly fascinating [that patients were] . . . fully alive deep within their trances.” His patients distinguished between the it and the who. “John the Touretter” proclaims proudly, “It’s not me.”

Sacks wanted “to make whole, to give himself as an example of wholeness as against fragmentation.” He was a “clinical ontologist”: What matters is being. Lawrence Weschler describes Sacks as “someone coming from the period before the sciences and the humanities split apart.” He has “all these interests and all this knowledge of different sorts, and none of it is categorized.”

He read philosophy. Nietzsche, Schopenhauer, Leibniz, Spinoza, Hume, Heidegger, Husserl, Kant, and Wittgenstein appear and reappear. But Weschler doesn’t explain why. For Weschler, the “greatest thing Oliver represents is the compelling need to reunite art and science.” Yet Weschler names complex philosophers and they remain just that: names. “Wittgenstein on games!” That’s it. Caricature.

Sacks knew why they mattered. He told Weschler he couldn’t understand how people could live without developing as human beings. He didn’t like Sartre’s “uncalmness.” This also is not explained. But we can figure it out. Sacks didn’t like his own 1960s theory of behavior that didn’t account for “peacefulness, enoughness, satiety, repletion.” The memoir’s principal theme, reflected in the title, is that being is active. Stillness is doing. Sacks wouldn’t have liked Sartre because existentialism can’t handle stillness.

Sacks pursued an ancient view, buried around the time of the Renaissance by homo faber, the “man of action.” The Renaissance was not, arguably, a rebirth. Instead, it invented a new view of human beings, driven by greed and acquisition: having not being.

It came with a view of science: separation of art and science, feeling and intellect, faith and proof, body and mind. Liberal philosophers invented the “fact/value” distinction, which says we have knowledge about existence—what is—but not about how to live. The view endures, mostly unquestioned.

It wasn’t Sacks’ view. It wasn’t his life.

And it’s not defensible. Philosophers of science in North America in the 21st century have so argued, starting mid-20th century. They reject such separations, in theory. In practice, they remain fragmented into specializations. They have no effect beyond their narrow academic field. Sacks did.

Interestingly, Sacks is coupled with James Baldwin. Both are celebrated in 2013–14 in New York for “embodiment of ideas.” They had even more in common. Baldwin didn’t like labels. He didn’t like the label “gay,” although he was gay. Instead, Baldwin tried to understand the system explaining such labels. He exposed “lies” about “love, life and death.”

Baldwin wanted to understand “what history had made of him.” It’s hard to believe this would not also have concerned Sacks. It was Baldwin’s politics and art. It’s not the art of this biography about Sacks.

We get a personality without learning why and how his oddness matters more broadly. What ideology defines him as odd? Weschler met Sacks after Awakenings. He spent four years in close contact intending a portrait. Then, Sacks said no. Before dying, Sacks reversed. it wouldn’t have been ego.

More likely, it was because of “something rather strange about the scientific mind that needs to be dealt with.” Science without art, problems without persons, facts without stories, observation without imagination. It’s all been exposed intellectually. Sacks exposed it with his life.

This book just isn’t clear about why that made Sacks not odd. It should be his real legacy.